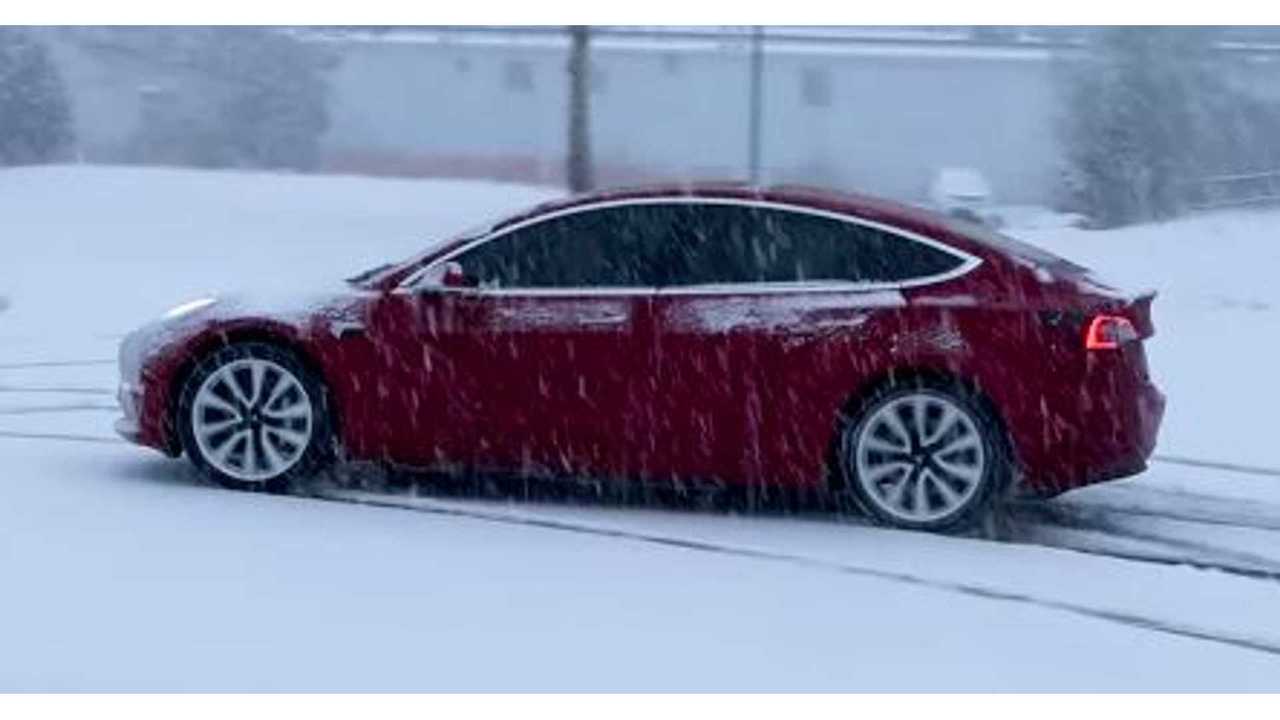 This puts a whole new 'spin' on winter driving in an electric car.

Above: Tesla Model 3 taking on the snow (Source: Now You Know)

Tesla Track Mode disables the stability and traction control restrictions from the car. In turn, this enables the driver to float free from the clutches of the on-board computer. However, these maneuvers are not recommended for inexperienced drivers for obvious safety reasons.

As an example, I've posted this short video clip (see below) on YouTube and it’s fun to watch it in a loop. The way MAGNETO performs donuts on the snowy surface is actually somewhat soothing to watch. "Who needs a toboggan, if you have a Performance Model 3," Ian explains.

Ian also took his Model 3 Performance for an exciting snow rally at night and wrote a great story about his journey.

It turns out that another Model 3 Performance owner took his Tesla snow drifting but over in Europe in the French Alps. This is some amazing footage of his journey through the alps on a cold winter night, sliding his car in Track Mode through a closed road.

According to the owner Sebastian Vittel in the next video, he has never driven such a car in snowy conditions. “The Model 3 is fast, easy, secure, and fun on the snow,” he says.

As we witness in these videos, the all-electric Tesla Model 3 keeps its balance fairly well on the snow — thanks to its perfect 50/50 front/rear weight distribution and such a low center of gravity.