It's amazing how much Tesla has changed and improved its battery pack architecture since the Model S.

Gruber Motors' newfound interest in Tesla battery disassembly and repair meant it was high time to dive into a Tesla Model 3 battery. They opened up the main propulsion battery pack to give us a look inside.

Editor's Update: Gruber Motors published Part 2 of the series. We've embedded it above. Part 1 is now at the bottom of this article. Gruber dives deeper into the Model 3's main propulsion battery pack and shows it in more detail. Gruber writes:

"From Easter eggs that started with the genesis Roadster to present day Model's circuit board hidden gems, Tesla always has a way of leaving their legacy marks."

If you're a Tesla owner, or you simply follow the segment closely, you're probably familiar with Gruber Motor Company. The Arizona-based family-owned Tesla shop is most well-known for its Tesla Roadster rehab work. However, it also focuses on older Model S vehicles, as well as just about everything Tesla.

Recently, we shared Gruber's new Model S battery repair process with you. Essentially, the shop can diagnose, disassemble, and repair your old Tesla battery pack so you don't have to drop the big bucks for a new one. In the shop's latest example, it learned that one single faulty attery cell was the reason a Model S' battery pack wasn't working. Fortunately, they were able to isolate and fix it.

Fast-forward to the present and now Gruber is getting a look at Tesla's 2170 cells. They dissected a Model 3 pack, which is completely different than the packs they've worked with in the past. Needless to say, they were amazed at just how much Tesla has changed and improved its battery packs over the years. The Model 3 battery pack is light years ahead of what you'll find in the older Model S vehicles they've fixed. 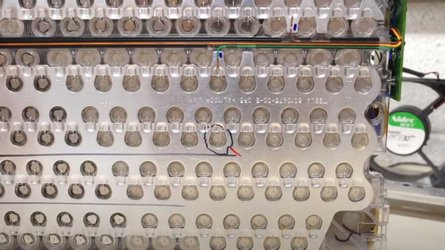 Tesla Shopper Gets $15,000 Model S Due To One Faulty Battery Cell
⠀ 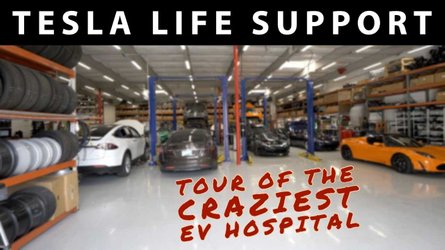 Gruber Is A Triage Unit For Your Old Tesla Roadster, Bricked Model S

Gruber shows us exactly how they take the pack apart. Then, they talk about the architecture and key design changes with the layout and the battery management system. The video below is part one of the two-part series about the Model 3 battery pack.