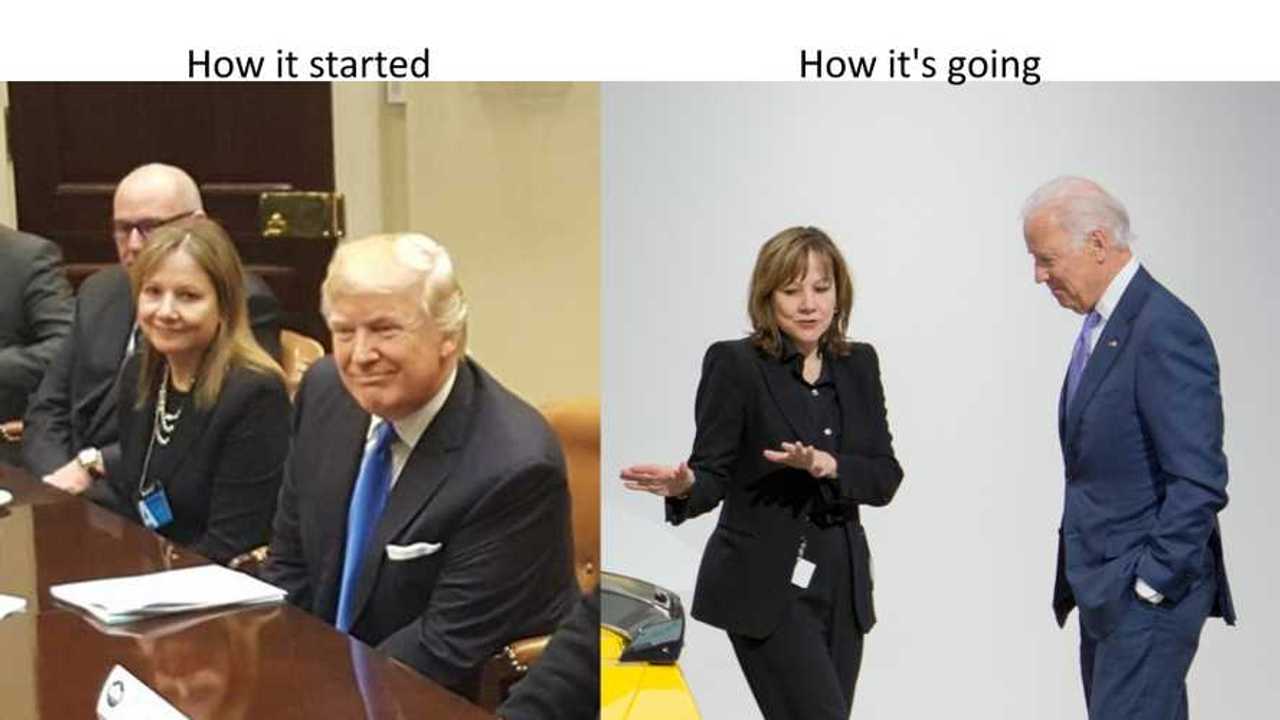 How will Biden address the “consistent, unitary set of fuel economy standards applicable in all 50 states?”

Businesses grow in certainty. They need to know which the rules are for them to plan for the long term. If they are companies that deal with long term projects, such as automakers, that is even more necessary. This was what GM, Toyota, and FCA claimed to back up the Trump administration’s preemption lawsuit against California emission rules. Now that Joe Biden was elected the next POTUS, GM decided to withdraw that lawsuit.

In a letter to the non-government organizations that are part of that litigation, Mary Barra said this:

“We believe the ambitious electrification goals of the President-elect, California, and General Motors are aligned, to address climate change by drastically reducing automobile emissions. We are confident that the Biden Administration, California, and the US auto industry, which supports 10.3 million jobs, can collaboratively find the pathway that will deliver an all-electric future. To better foster the necessary dialogue, we are immediately withdrawing from the preemption litigation and inviting other automakers to join us.”

Apparently, Biden’s election changed everything, and the US will have a “consistent, unitary set of fuel economy standards applicable in all 50 states,” as Toyota still wants. Or didn’t it? Barra does not explain the precise reasons for GM to believe that. Jim Farley, Ford's CEO, welcomed and teased the new GM approach to this matter at the same time.

The issue with the “consistent, unitary set of fuel economy standards” was that it could be too soft on automakers willing to keep producing cars with high emission levels. In other words, it could allow them to sell cars in California that that state is not willing to have in its highly polluted cities, such as Los Angeles.

A preemption lawsuit defines who can set the rules about some subjects. California claims that it is allowed to define emission laws in its territory, and many other states follow the rules California has established about that. The Trump administration revoked the waiver that allowed California to do so under the Clean Air Act, and this is why the litigation started.

If the Biden administration decides to adopt the Californian laws as the federal emission standard, it will give a state the power to legislate for the entire country. If he chooses to set less strict rules, as Trump did, that will cause a clash with states that feel they are not enough, such as California. None of that has been discussed so far.

Whatever emerges as a solution for this imbroglio, the fact is that either GM gave up on its demand for a single emission rule for all 50 states to please the next president, or it knows something that we don’t to keep its coherent in that matter and the face of Toyota and FCA. Only GM will be able to answer that.