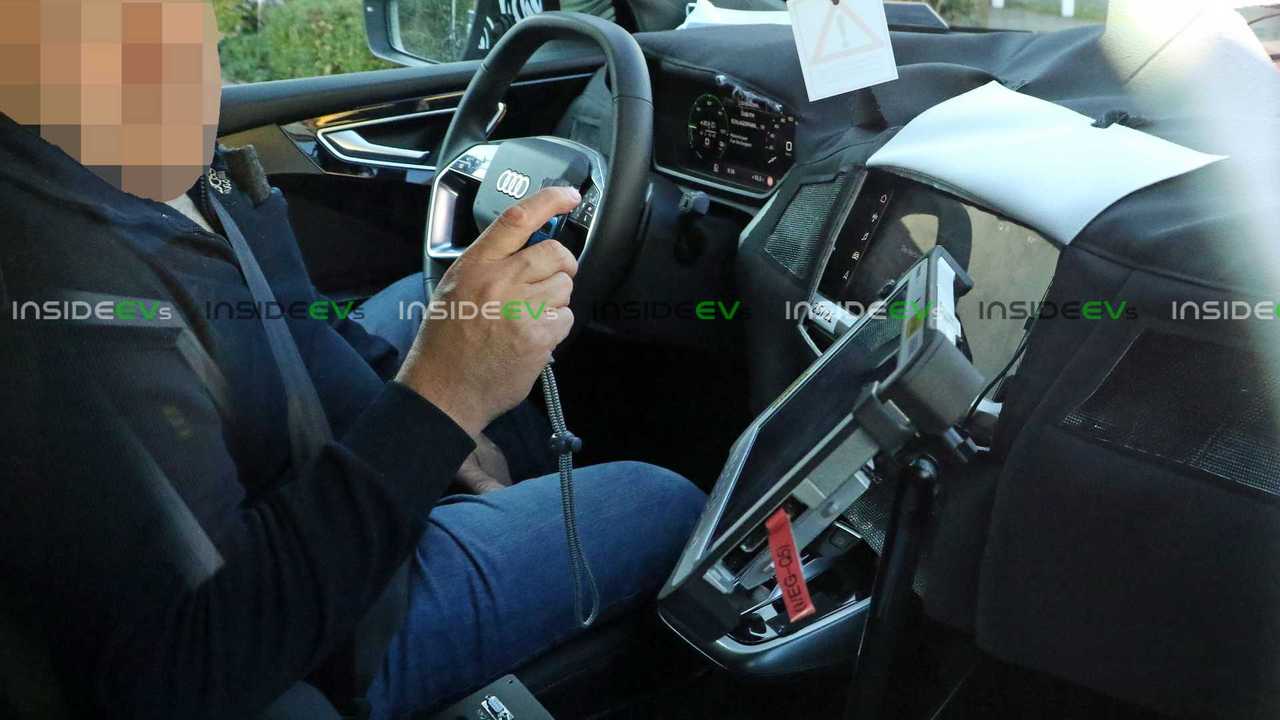 Our spies caught the new electric Audi crossovers testing and got a peek inside too.

As part of the latest batch of Audi Q4 e-tron and Q4 e-tron Sportback spy shots, we also got the first ever look at the vehicle’s interior. The exterior was pretty much going to be a more toned down version of the preview concept, but the interior was more of a mystery until now.

Being an Audi, it won’t be a particularly dramatic interior and it looks a lot like what you see in the automaker’s most recent models in terms of its design and layout. It’s far less outlandish to look at than the interior of the mechanically related Volkswagen ID.4, but the quality should be a bit better and it should feel slightly more luxurious.

Part of the dash is still covered, so we can’t see everything in the photo, but we do see the typical Audi fully-digital gauge cluster which is integrated into the dash, as opposed to the ID.4 whose gauge cluster is a separate unit that sits on the dash. There’s also another big screen, this time for the infotainment, that is angled towards the driver, and it looks like the gear selector is placed on a floating console with storage space underneath.

We expect to see both the regular Q4 e-tron and the Sportback unveiled before the end of 2020, and they should go on sale in 2021. We don’t know too much about them other than the fact that they will slot in between the Q3 and Q5 in Audi’s range, as well as the fact that they share their MEB platform with the VW ID.4 or the Skoda Enyaq.