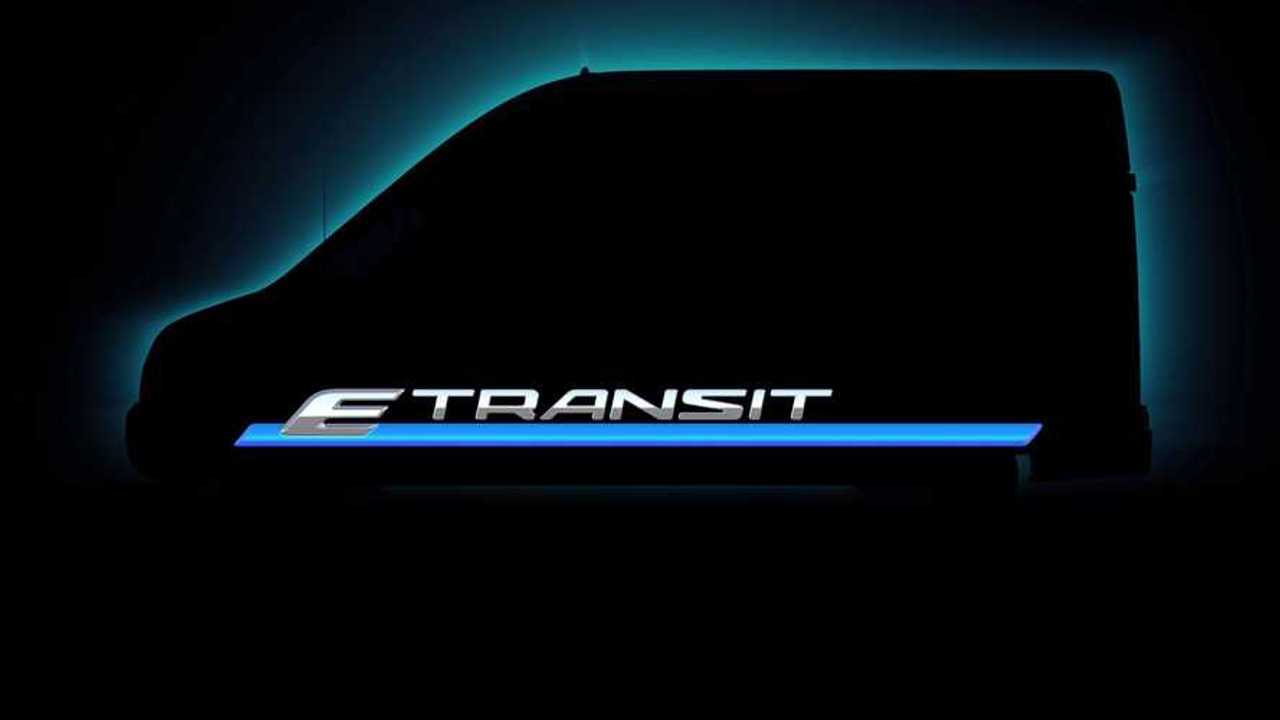 The upcoming Ford E-Transit will be produced in Kansas City from late 2021.

The most important thing in Ford's approach is that it's aimed at the mainstream market, through electrification of its most iconic and best-selling vehicles. The company is not interested in "six-figure status vehicles," according to Kumar Galhotra, president, Americas and International Markets Group:

“We’re taking our most iconic vehicles and using fully electric technology to deliver even more performance, productivity and capability for customers. We are building out the North American manufacturing footprint to support this growth. This is just the first chapter with more new electric vehicles and more investment to come.”

“Ford’s strategy is different – we are delivering affordable, capable electric vehicles in the heart of the retail and commercial market rather than six-figure status vehicles. With the stunning Mustang Mach-E SUV, an all-electric F-150 and the new E-Transit, our first wave of EVs in North America will introduce a whole new generation to EVs.”

First of all, Ford will invest an additional $100 million in its Kansas City Assembly Plant and create about 150 full-time jobs to produce the E-Transit, an all-electric version of Transit, America’s best-selling commercial van.

This model will be unveiled on Thursday and is expected on the market in about a year in late 2021.

"The all-electric E-Transit will be unveiled Thursday and arrives in late 2021. The electric van investment in Kansas City is in addition to the $300 million Ford invested for the launch this year of the all-new F-150 at that plant. The plant employs approximately 7,500 workers."

Mustang Mach-E in Mexico and F-150 in Michigan

Let's recall that the Mustang Mach-E is produced in Cuautitlan, Mexico (it should hit dealerships in December 2020), while the electric F-150 will be produced from around mid-2022 in a new facility (under construction), adjacent to the F-150 plant in Dearborn, Michigan.

Because the market response to the idea of an electric pickup truck seems to be better than expected, Ford has decided to increase its original production plan for the F-150 Electric by 50% (although a precise volume was not disclosed). It will result in 200 more jobs on top of 300 announced previously.

"Given the strong early interest in Ford’s all-electric F-150 since the September announcement, Ford is now increasing production plans by 50 percent versus original plans. To deliver more fully electric trucks, Ford will add 200 new jobs in addition to the 300 jobs previously announced for the new electric F-150."

While the F-150 Electric will grow in volume, the Mustang Mach-E might get a derivative model. Additional electrified vehicles at the plant in Mexico suggest it at least:

The fourth BEV manufacturing site will be Oakville Assembly Complex in Oakville, Ontario, Canada, but it will take a little longer - 2024.

Additionally, Ford is investing approximately $150 million in Van Dyke Transmission Plant in Sterling Heights, Michigan to produce in-house e-motors and e-transaxles for new EVs (including F-150). Thanks to this investment, the site will retain 225 jobs.

"In addition to electric vehicle manufacturing sites for trucks and vans in the U.S., the company also is investing C$1.8 billion (U.S. $1.35 billion) to transform its Oakville Assembly Complex in Ontario starting in 2024 to include next-generation battery-electric vehicles. It will mark the first time ever that an automaker has produced full BEVs in Canada for the North American market."