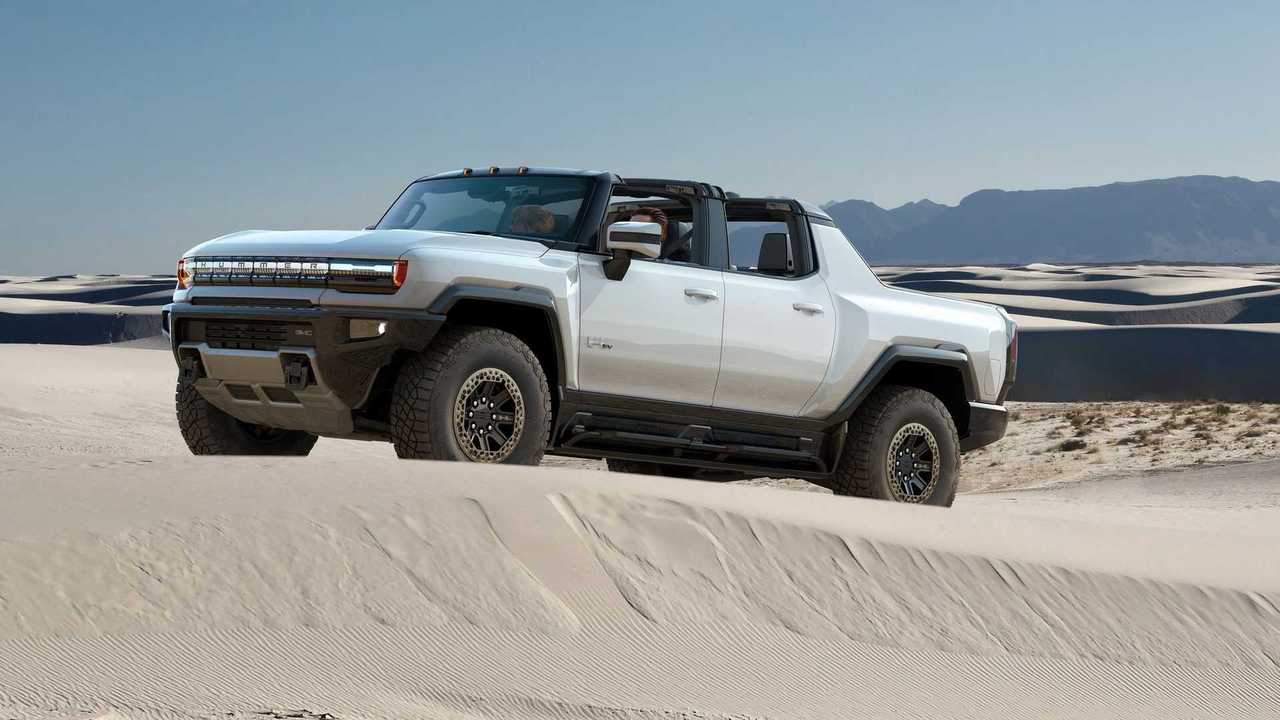 However, we still have no indication of top speed, quarter-mile times, or towing.

GM is advertising the GMC Hummer EV as an electric performance truck. This is likely because the Rivian R1T is an electric adventure truck, and the most popular EVs – those produced by Tesla – are all performance-oriented. The Tesla Cybertruck aims to be highly capable and bocket quick, so GM has planned its competition accordingly.

With that said, we haven't seen an actual Hummer EV accelerate as advertised since GM doesn't have a fully functional prototype yet. GM says it will boast as much as 1,000 horsepower and 1,000 pound-feet of torque. Despite its boxy shape and mammoth size, the Hummer EV will also be capable of a 3-second zero-to-60-mph sprint. However, these numbers apply to the range-topping Edition 1 model with WTF mode activated. That's 'Watts to Freedom' for those unaware, though we think GM might have another name for it, too.

With WTF mode activated, the Hummer EV will launch itself as many times as you ask it to, until the battery is depleted, of course. This topic came into play when the Porsche Taycan arrived first came to market. This is because even though the Tesla Model S and Model X are lightning quick, there was a time when neither vehicle was capable of too many launches without needing a breather. Meanwhile, the Taycan can be launched over and over and over again. Tesla has since worked to address that issue, even though few people will be launching their cars 30 times in a row, not to mention it's terrible for the car and the battery.

Doug DeMuro On The Insane GMC Hummer EV: It's An Off-Road Beast
⠀

At any rate, GM wanted to make sure its Hummer EV was not only a star off the pavement, but also capable of competing at the drag strip in a big way. Muscle Cars & Trucks hoped to get some more insight into the electric pickup truck's acceleration times and overall performance, so it asked GM EV chief engineer Al Oppenheiser if the Hummer EV may be able to set new quarter-mile records. Oppenheiser shared:

“I might have asked (Hummer EV  lead development engineer) Aaron Pfau to order some Mickey Thompsons concerning that. As far as speed limits, we don’t know what our limits are going to be yet, we don’t intend on limiting it. It’s all going to be in the customer’s hands on range, energy usage.”

Essentially, the Hummer EV won't have a speed limiter. In addition, its battery pack won't have restrictions. Oppenheiser continued:

“There’s no limit on (how many) Watts to Freedoms you can do. Or if you’re in My Mode, Sport Mode or Adrenaline Mode, there’s no limits on those either.”

If this proves true, the Hummer EV may just have what it takes to blow past the competition and break records. Hopefully, this doesn't mean GM will be dealing with a lot of broken Hummer EVs. We wonder what the Hummer EV's warranty might say about excessive use of WTF mode.

As far as towing is concerned, GM doesn't have any answers yet. Oppenheiser concluded:

“We’re building the first test vehicles ‘as we speak’ – until we get in the vehicles and understand its towing capability – we’re going to push it as much as we can. We know where we want it to be but we want to verify that when we get test vehicles.”