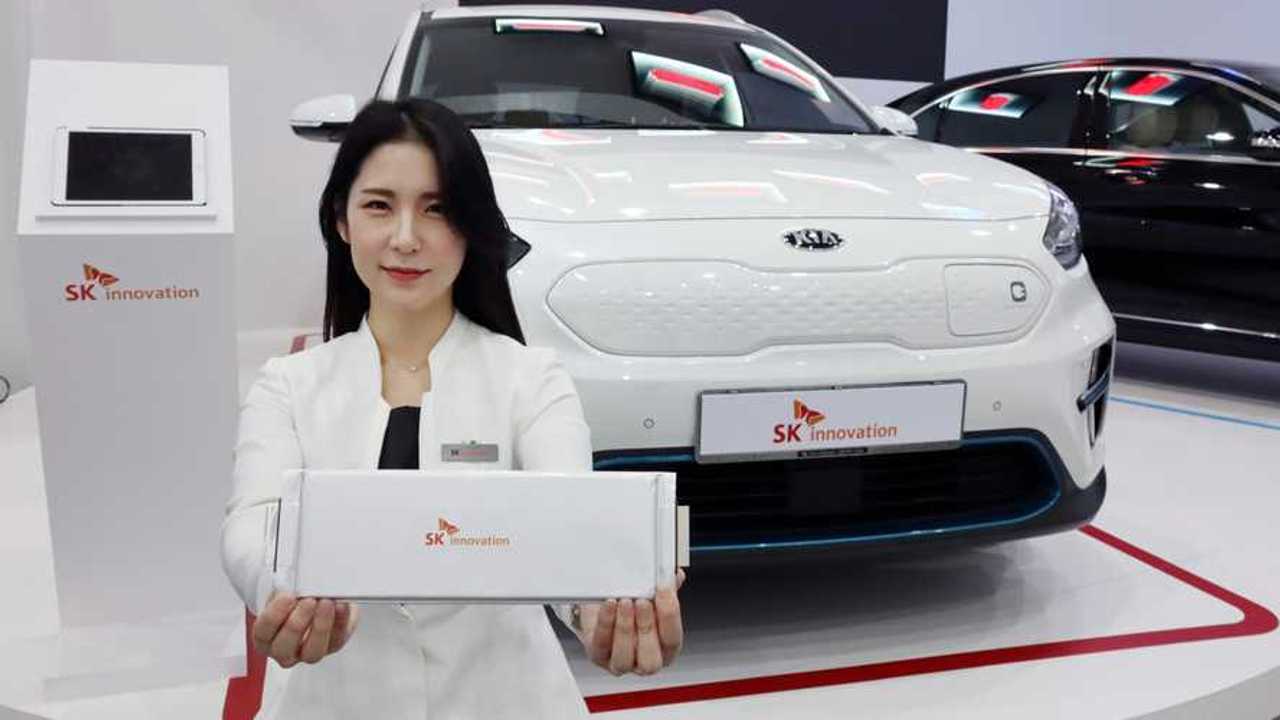 The high-speed charging tech will allow one to drive 500 miles with two 10-minute recharges. The long-range battery goes 600 miles.

SK Innovation is presenting its latest battery tech and research topics at InterBattery 2020, hosted by South Korea's Ministry of Trade, Industry and Energy. The exhibition is held in COEX, Seoul, South Korea (October 21-23).

The company announced ambition to "Lead the Efforts for Battery Safety, Charging Speed and Driving Range" and listed the three most crucial factors in batteries:

First of all, the company has an outstanding track record of safety with no history of an EV battery fire incident for 10 years of supplying batteries (starting in 2010). That's a strong point, but on the other hand, we must remember that so far SK Innovation was not producing batteries on a scale comparable with Panasonic, LG Chem or CATL.

"With its first order from a global customer in 2009, SK Innovation began supplying batteries in 2010. At this year's exhibition, the company stresses any of its customers, including providers of ESS or electric vehicles using SK batteries, have never experienced a battery fire incident, positioning itself as a supplier that places safety as a top priority."

In terms of high-speed charging, SK Innovation is working on batteries that allow you to drive 500 miles (800 km) with two 10-minute recharges along the way.

"...SK Innovation has been developing batteries that only require charging twice for 10 minutes each time to provide enough power for an EV to run from Seoul to Busan in a round trip (260 miles). The battery supplier expects it can complete the development by as early as the end of this year or the first half of next year. Once such batteries with high usage are developed, they can play a significant role in the spread of EVs."

If we assume that initially the battery was fully charged, and two charges, the length of each section would be roughly 170 miles (274 km). It would not be the most energy-dense cells then, but there are applications for those like taxis, buses for example.

SK Innovation reports that already successfully tested EV with 1,000 km (620 miles) of range, under the most optimal driving conditions, on a single charge. Those batteries are also promised to last 1,000 charging cycles.

"SK Innovation also successfully conducted the industry's first test-driving that went on 1,000 km under the most optimal driving conditions. The long-range driving is enabled and supported by the technology using high-density nickels as well as the company's own technology that does not cause battery efficiency issues even after more than a thousand times of charging and discharging."

Following the NCM622 and NCM811 cathode chemistry, SK Innovation has also developed the NCM9½½ type, in which cobalt stands for only up to around 5% of the cathode.

It will be interesting to see the specs of the new NCM9½½ and which EVs to be equipped with the latest SK Innovation batteries.