How Do Other Charging Networks Compare To Tesla Superchargers? 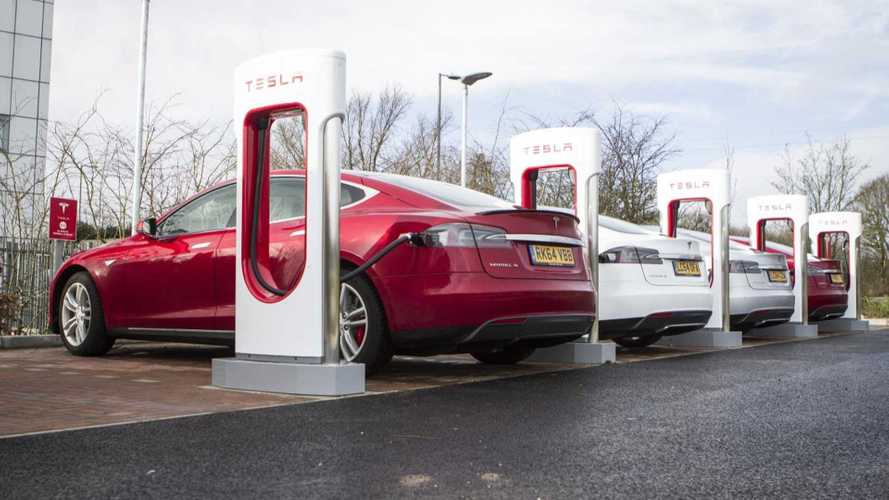 Is the Tesla Supercharger network the gold standard?

Is an EV feasible for you, and which models should you consider? It all comes down to your driving habits. If you drive mostly around town, and seldom make long road trips, or if you’re looking for a second car, then just about any EV will be fine, even a used Nissan LEAF, which can be had for a bargain price.

Above: A Model S and Model X at a Tesla Supercharger station (Source: Tesla)

If you’re looking for a daily driver that can take to the highway when needed, you’ll need more: at least a couple hundred miles of range, plus DC fast charging capability. Several of the new models from traditional brands, such as the Chevy Bolt, Audi e-tron, Hyundai Kona or Kia Niro (or any new or used Tesla) will satisfy these criteria.

For the true road warrior, however, it’s not just about the range of the vehicle. The availability of DC fast charging stations is also a critical factor. Until recently, there was only one real choice for those who spend a lot of time on the highway. Tesla started building its Supercharger network in 2012, and it has grown to include (at last count) 1,971 Supercharger stations with 17,467 individual chargers around the world.

Many observers of the EV scene, including Ed Bott, who wrote about fast charging networks in a recent article in ZDNet, consider the Tesla Supercharger network “the gold standard” of fast charging, and it’s hard to argue with that description. Tesla’s network covers the US and Canada like a rug, and reaches deep into Mexico. Coverage is similarly comprehensive in Western Europe and the more affluent regions of Asia. Most Superchargers are in highway locations, but Tesla is starting to add more in urban locations as well.

Power levels are high—up to 150 kW—allowing Tesla drivers to get an 80% charge in about 40 minutes. And Tesla has more speed too—the next-generation V3 Supercharger can deliver charging rates up to 250 kW, allowing drivers to add 75 miles of range in 5 minutes. Supercharging is also convenient. Authentication is built into the car, so there’s no need to swipe a card or use an app—just plug in, and charging starts. And, for a few fortunate early adopters, it’s even free!

However, the fast charging gap between Tesla drivers and the rest of the EV world is closing, at least in the US and Europe. There’s a growing number of highway fast charging stations that are accessible to all EV drivers.

The Electrify America network is on a mission to build a comprehensive fast charging network across the US. It currently operates 461 charging stations with over 1,580 individual chargers, and is adding more at a rapid clip. The network recently completed its second cross-country route, and it also has comprehensive corridors covering both coasts, the Florida-Chicago axis, and more. Many EA chargers are capable of 350 kW charging (at the moment, the Porsche Taycan is the only EV that can handle this power level, but that’s expected to change over the next few years).

Above: A look at the electric vehicle charging networks and their growth all around the world (YouTube: CNBC)

ChargePoint, one of the nation’s largest charging networks, has hundreds of DC fast chargers in service around the US and Canada (and many other countries). In February, the company announced a collaboration with the National Association of Truck Stop Owners to deploy over 4,000 charging stations at truck stops and gas stations over the next decade. Growing quickly, the company recently decided to go public.

EVGo operates over 800 fast charging locations in 34 states, and has plans to add 2,700 more over the next five years. What’s more, the network caters to Tesla drivers—in a few California locations, the stations are even equipped with integrated Tesla connectors.

In Europe, Ionity, a consortium that includes several major automakers, is rapidly rolling out a network of fast charging stations.

A recent video from CNBC explores how charging networks, working together with automakers including Tesla, GM, Ford and others, are investing billions to expand access to DC fast charging around the world.

In the US, electric utilities are emerging as major players in EV charging, and many state governments are making investments in highway charging networks. In Europe, oil companies are getting into the game in a big way. Total, BP and Shell have all been buying up assets all along the EV charging value chain, including fast charging networks.

Tesla no longer has anything like a monopoly on fast charging, and that’s good news for drivers and for the environment. However, the California carmaker has a distinct preference for being ahead of the technological curve, so it seems unlikely that it will allow any rivals to catch up for long. We haven’t heard much about innovations in Supercharging since the first of the V3 stations went live in 2019. Could it be that, with Battery Day behind us, the next big event will be a Charging Day?