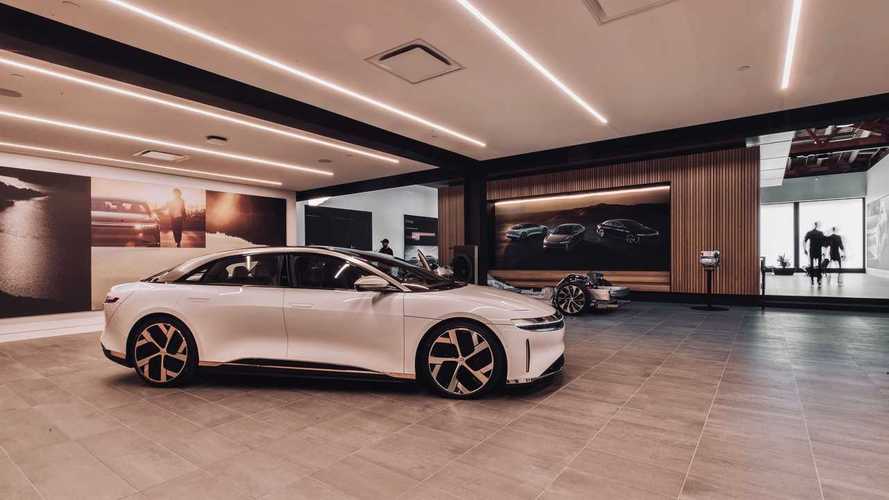 Currently, visits are by appointment only.

Lucid Motors has just opened its first standalone retail location, a studio and service center in Beverly Hills, California. If you think like me you probably just said to yourself, "Of course it's in Beverly Hills...".

It's important to note that this isn't Lucid Motors's first showroom, it's the first "standalone" showroom. The first showroom was opened at Lucid's Newark, California Headquarters in March, only three weeks before Lucid had planned on introducing the production version of the Air at the New York Auto Show. However, that's when the COVID crisis hit, the show was canceled and Lucid held off until September for the formal reveal of the Air.

The showroom is now open to the public, however, visits are currently by appointment only. At the new showroom, customers can engage with the brand’s "luxury sales experience both physically and/or virtually". Just like the Newark, California location, the Beverly Hills showroom includes an onsite Virtual Reality Experience.

Customers will also be able to speak with Lucid representatives about the Lucid Air, which we're told is a well-equipped model available with a starting price below $80,000. Lucid plans to open twenty sales and service locations in North America by the end of 2021. While we don't have the complete list of locations, Lucid has offered the locations of the first eight.

A recent Lucid Motors press release only stated that "These locations include Miami, West Palm Beach, New York City, Boston, and the D.C. Metro area, with several additional locations planned in Northern and Southern California." Therefore, other than the list we already had, Boston is the only new market Lucid has committed to.