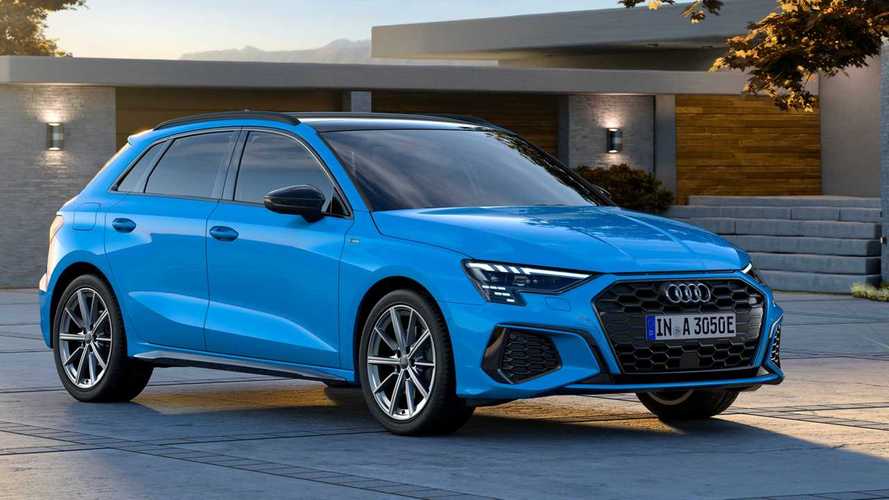 It’s also actually the first plug-in hybrid version of the all-new A3, one of two plug-ins planned.

Audi has unveiled its first plug-in hybrid powertrain for the new A3 Sportback, which it has dubbed 40 TFSI e. It has a maximum power output of 201 horsepower and a claimed WLTP all-electric range of up to 67 kilometers or 41.6 miles; the car can cruise on electricity at up to 140 km/h (87 mph).

Its power comes from a 1.4-liter turbocharged four-cylinder with 147 horsepower hooked up to a six-speed dual-clutch automatic gearbox with an in-built 107 horsepower electric motor. Sprinting from standstill to 100 km/h (62 mph) takes 7.6 seconds and top speed is 226 km/h (141 mph). Helping it achieve its good electric range is a 13 kWh battery pack (48 percent larger than its predecessor’s) that Audi has placed under the rear seats.

Just like with every plug-in hybrid, the driver is given a choice of various ways to either use electric power or store it for later use. The A3 40 TFSI e has ‘ Battery Hold ‘ and ‘ Battery Charge ‘ modes; the former retains the current state of charge, while in the latter, the car will try to charge the battery as quickly as possible.

Peak charging capacity for this vehicle is 2.9 kW, which according to Audi means it takes just over four hours to charge from completely depleted. The A3 Sportback 40 TFSI e will be available in Europe as of this fall, with a starting price in Germany of €37,470.92, however since it is a PHEV, buyers will get government incentives to make it cheaper (which for this car, in Germany, is €6,750).