Xpeng surprised the crowds at the 2020 Beijing Motor Show yesterday with the introduction of an all-new electric vehicle, except this one doesn't drive, it flies.

The vehicle looks more like a drone than a car and is still in the development phase so it's not something that Xpeng expects to be offering any time soon. Called the Kiwigogo, the vehicle can carry up to two passengers and is designed to fly in low-altitude space, between 16 and 82 feet (5 to 25 meters) from the ground.

We're told that the Kiwigogo is in its seventh year of development and has 15 proprietary intellectual property rights and roughly 10,000 safety tests have already been conducted. 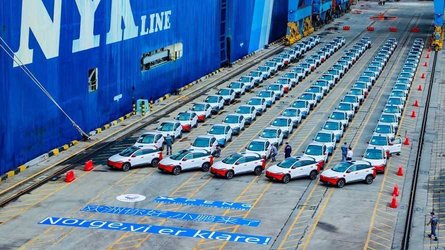 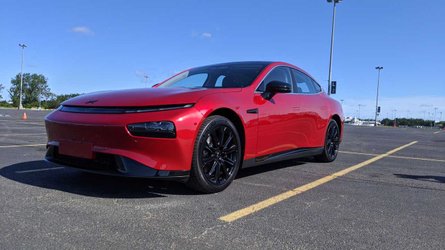 The Kiwigogo is actually being developed by a company called Xpeng Heitech. Xpeng describes the entity as "An air-enabled high-technology unit that’s majority-owned by Xpeng's CEO, He Xiaopeng, and Xpeng Motors".

Xpeng has only just released its second car and is still basically a startup, so we asked them why are they doing this?

Electrically driven urban air-enabled multi-dimensional transport will be an integral part of the future mobility ecosystem. Xpeng is exploring this area in the course of its development of fully integrated and comprehensive mobility solutions for tomorrow’s cities. - Xpeng Motors

They also stressed that we shouldn't take this as a departure from their core business of making electric vehicles that drive on roads. Xpeng Heitech is part of its long-term research and development program, and it won't have any material impact on XPeng's current business. For the time being, Xpeng’s efforts in the electric air-enabled mobility space will remain focused on R&D and experimental designs. So, unfortunately, it doesn't look like you'll be able to order a Kiwigogo anytime soon.

While the Kiwigogo may have been the big attention grabber at the Xpeng booth, the automaker did have some more news at the Beijing Motor Show.

Xpeng announced that first-time car owners will enjoy 3,000 kWh per vehicle per year of free supercharging. (In China, all DC fast charging is called supercharging - it's not a Tesla-specific term in China like it is elsewhere) Xpeng is partnering with charging providers including State Grid, China Southern Power Grid, TELD, Star Charge, Orange Energy to expand its supercharging network. The plan will be available for customers at select charging stations across 24 cities immediately, expanding to 60 cities at the of 2020 and 200 cities at the end of the second quarter of 2021.