Walmart To Electrify Entire Fleet By 2040

100% renewable energy power supply for its facilities should be achieved five years sooner.

Walmart, which happens to be the world’s largest retailer, announced that within 20 years, by 2040, it will gradually replace its conventional vehicle fleet with zero-emission vehicles (globally).

The switch will include both smaller vehicles, as well as long-haul trucks. We remember that some two years ago the company ordered 40 Tesla Semi. Those might not be the only EVs that Walmart is waiting for. 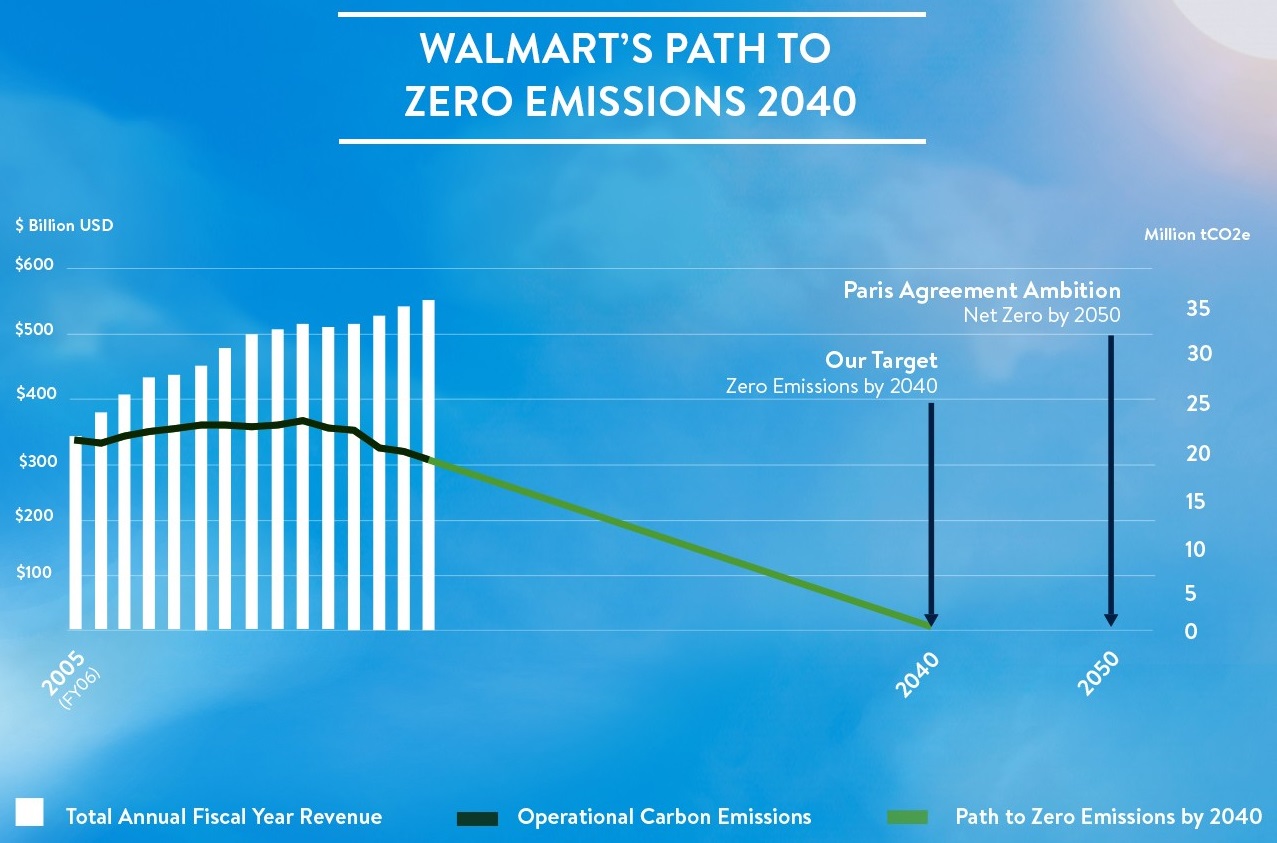 Walmart is also an important partner of the Electrify America fast charging network, acting as a host to 120 stations.

The second goal of the company is to switch all facilities to 100% renewable energy by 2035.

"We want to play an important role in transforming the world’s supply chains to be regenerative. We face a growing crisis of climate change and nature loss, and we all need to take action with urgency. For 15 years, we have been partnering to do the work and continually raising our sustainability ambitions across climate action, nature, waste and people. The commitments we’re making today not only aim to decarbonize Walmart’s global operations, they also put us on the path to becoming a regenerative company – one that works to restore, renew and replenish in addition to preserving our planet, and encourages others to do the same."

It was equipped with a 45.5 kWh battery pack for maneuvering on the square or driving in city a short distance (as long as battery state of charge is above 50%).

DAF Doubles The Range Of CF Electric Truck
Mercedes-Benz eActros LongHaul To Be Ready In 2024
By: Mark Kane
++
++
Got a tip for us? Email: tips@insideevs.com