The final version of the truck will offer the same payload as the diesel version.

Mercedes-Benz announced that its first all-electric truck - the eActros, will enter series production at the Wörth plant in Germany in 2021 (available at launch as a two-axle and a three-axle model).

It will be produced alongside conventional versions on the same production line in a flexible process. Then in 2021, the company will introduce also the municipal version - Mercedes-Benz eEconic.

An important thing about the eActros is that, according to the German manufacturer, the series-produced version will be superior to the existing prototypes in a variety of areas, including:

The payload, on the other hand, will be "on par" with the diesel so the fleets will not have to compromise anything provided they are fine with the range and charging options.

"Daimler Trucks will integrate the vehicle into a comprehensive ecosystem which will also include consultancy services relating to electric mobility. Among these are route analysis, checking for possible subsidies, support with operational fleet integration and formulating suitable solutions for charging infrastructure."

Mercedes-Benz is currently busy with preparing the plant to handle EVs as well as training the crew.

"For around a year, work has been going on to convert the building and prepare it for the new production processes. This includes setting up a new assembly line on which the construction of all the electrical architecture of the eActros, in particular the high-voltage components, will take place, as will its initial operation. Subsequently, the vehicles will be fed back into the regular production process for finishing and final inspection."

Matthias Jurytko, Head of the Mercedes-Benz plant in Wörth said:

“At the site, preparations are in full swing to get our production ready for the demands associated with electric drive systems. For example, we are currently training our future specialists in the field of high-voltage systems – a fundamental area of expertise as far as the assembly of automotive batteries and the construction of electric trucks is concerned.”

The prototype of eActros has a range of some 200 km (124 miles) "regardless of load, route or topography", according to test results with various customers.

The eActros and eEconic are just the beginning, as in 2024 we might see the long-range Mercedes-Benz eActros LongHaul too. 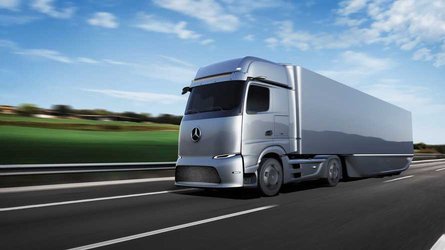 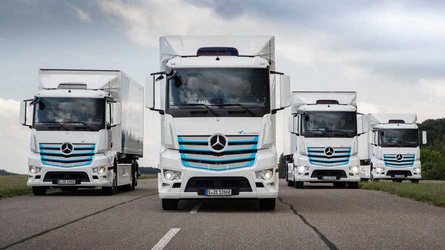