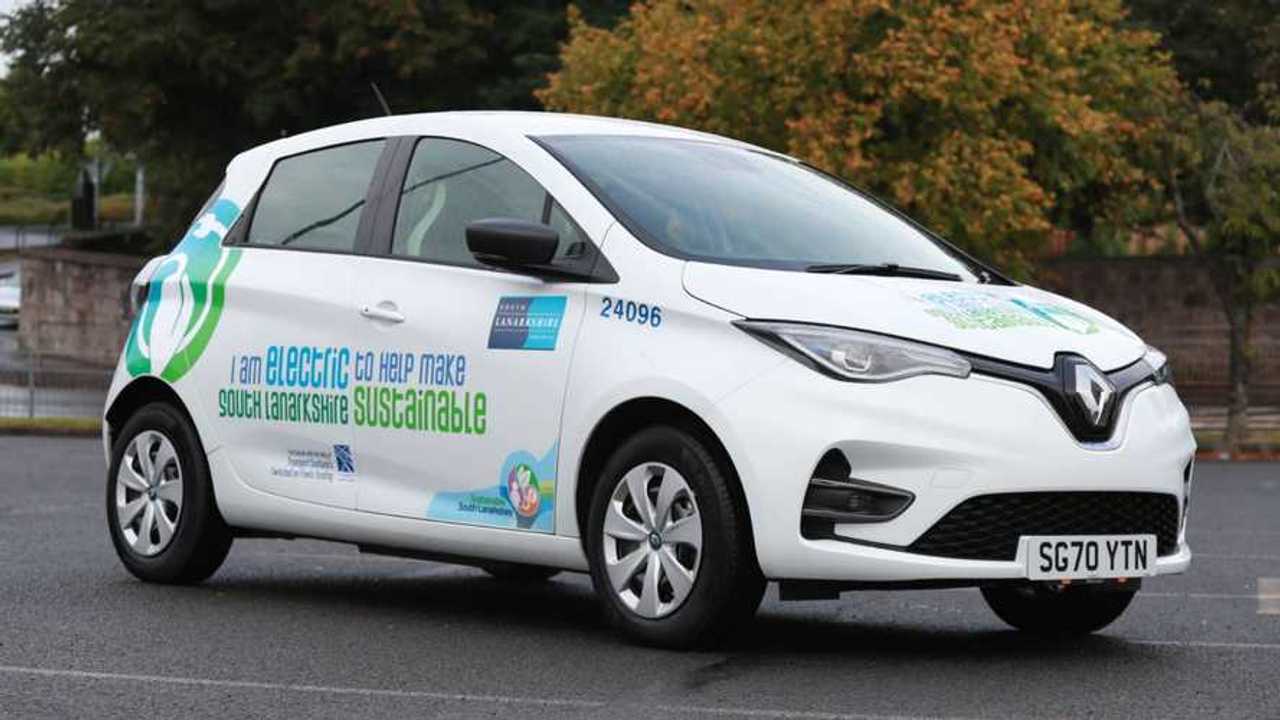 A council in Scotland has taken delivery of more than 140 new Renault Zoe electric hatchbacks as it bids to cut its carbon footprint. South Lanarkshire Council ordered 141 of the zero-emission vehicles, marking the largest single order for Renault electric vehicles ever placed in Scotland.

The council plans to use the vehicles for a number of roles as it switches its fleet from diesel power to electric. Some 104 Zoes will be used by a range of personnel to travel to site visits, or to attend meetings and training appointments, while the remaining 37 will be used for council services including roads and housing.

When in service, the new arrivals will mean 28 percent of the council’s total fleet will be fully electric. It’s a move the authority claims will reaffirm its “commitment to implementing low-carbon travel. South Lanarkshire Council also hopes that exposing so many staff members to an electric vehicle (EV) will encourage them to consider switching from their own internal combustion-powered cars.

More on the Renault Zoe:

Funding for the new cars was made possible by a grant of more than £1 million from Transport Scotland’s Switched on Fleets Programme. The five-door hatchbacks will be charged at charging points already installed throughout South Lanarkshire, with more chargers promised in the near future.

“We are delighted that these new electric vehicles will help us on our journey to reduce the amount of emissions across our entire fleet,” he said. “We are aware of the Scottish government’s targets to help fight climate change and we will continue to look at new and innovative ways to help us contribute to that. The early feedback we have had from staff using the vehicles is very positive, with many praising how far they can travel on a single charge as well as how comfortable and responsive they are to drive.”

Meanwhile, the Cabinet Secretary for Transport, Infrastructure and Connectivity, Michael Matheson said the order would help the government phase out petrol and diesel cars.

“I’m pleased we have been able to provide over £1 million from the Scottish government’s Switched on Fleets initiative to support South Lanarkshire Council’s leadership in decarbonising transport,” he said. “We’ve set a bold ambition to phase out the need for new petrol and diesel cars and vans by 2032, but the public sector needs to lead from the front in terms of the transition to zero-emission vehicles. That’s why last year we outlined an earlier target – phasing out the need for all new petrol and diesel cars from the public sector fleet by 2025.

“This is the largest order of its kind in Scotland, which will improve air quality, reduce emissions and help respond to the climate emergency – supporting our journey towards net-zero by 2045.”