It consists of all-electric and plug-in hybrid versions of L- and P-series cabs for a variety of applications.

After a few years of try-outs (on a small scale), Scania officially announced the first commercial electric truck range with fully electric and plug-in hybrid version of L- and P-series cabs, which over the coming years to be followed by more plug-is - "including long-haulage and construction".

The all-electric trucks will be available with 165-300 kWh battery options and the biggest should provide a range of up to 250 km (155 miles). An interesting thing in this truck is its 230 kW (310 hp) electric motor, combined with a two-speed transmission.

The cool thing about the Scania BEVs is also that it's equipped with a "DC box" power export feature (up to 60 kW) for body auxiliaries such as refrigeration systems, hooklifts, tippers, concrete mixers and refuse collectors.

"Scania’s new truck is equipped for a fully electric power take off. Instead of connecting auxiliaries to the interface that is usually located on the gearbox or engine, it is instead connected to an electrical connection box, called a DC box mounted on the chassis. This gives a DC link of up to 60 kW PTO for body auxiliaries such as refrigeration systems and hooklifts"

In theory, the battery could be recharged to 80% in 35 minutes, during loading or unloading, or while the driver is on breaks.

It will be interesting to see whether the plug-in hybrid will also become popular among fleets in cities, especially since there is a geofencing feature:

"Scania Zone is the perfect tool for use with the hybrid truck. The position-based service helps drivers in automatically switching propulsion mode to comply with traffic and environmental regulations as well as individually pre-defined policies for speed, noise and other emissions." 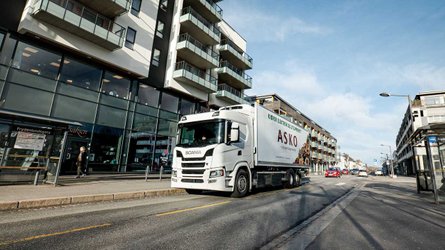 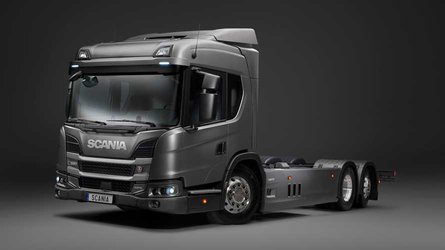