Tesla Model 3 turned out to be above the Wuling Hong Guang MINI EV in August.

The passenger plug-in electric car sales in China are gradually improving month after month, and August was actually the best August ever with close to 100,000 sales.

Despite the early reports about some 15,000 Wuling's Hong Guang MINI EV sold in August, reportedly "only" 9,150 were sold. It means that the Tesla Model 3 (11,811 units) is still in the top-selling EV in China.

The third best selling model is GAC Aion S (4,071), which soon should beat the BYD Qin Pro BEV and become the second-best year-to-date. At least temporarily, as Wuling's Hong Guang MINI EV is clearly heading towards #2 too.

As we can see in the detailed model rank below, there are only four plug-in hybrids in the top 20, as the Chinese plug-in market is heavily relying on battery electric vehicles. 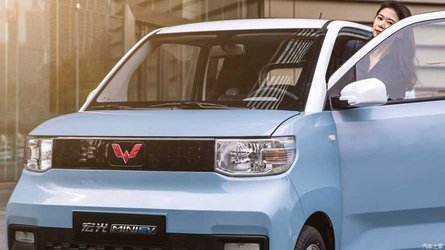 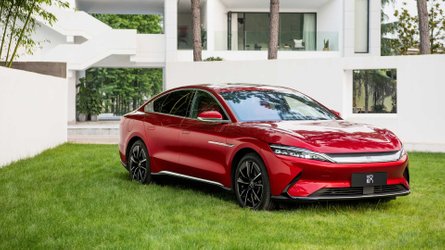 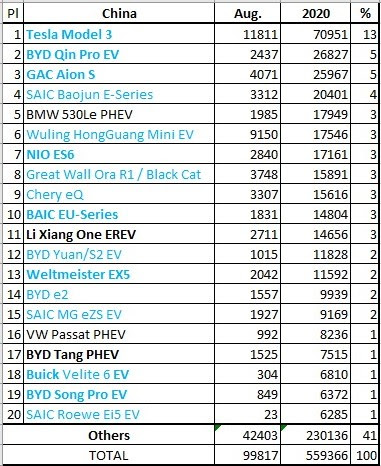