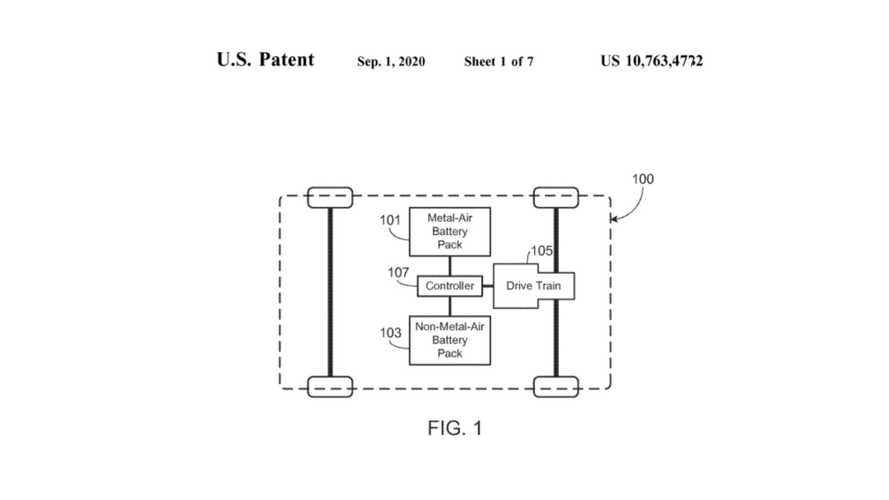 The ingenious idea brings us more questions than answers.

Apart from bringing battery prices down and energy density up, electric car manufacturers have the goal of making their vehicles as safe as possible. That implies mitigating thermal runaway, the most frequent cause of EV fires. What happens is that the lithium-ion battery heats so much it expels hot gases that burn everything around. A new Tesla patent wants to prevent that with a metal-air battery pack connected to the main one.

You may wonder how that would work, but the principle is relatively simple. According to the patent, the two battery packs would be connected by tubes and valves. If a thermal runaway started, the valves would open and allow the hot gas to flow through the metal-air battery pack, cooling the gas before it escapes to the surroundings of the car.

Metal-air batteries have a vast number of issues to solve to become a practical solution for EVs, but thermal runaways are not among these problems for a simple matter: they need air to work. Their cathode is ambient air, which means they “breathe” to generate electricity.

We have no idea how harmful this hot gas coming from a lithium-ion battery pack would be to the metal-air unit, but it would probably be deadly to it. Regardless, and considering this is a mitigation solution, that would be the lesser of two evils.

Tesla's Elon Musk: 'Many Exciting Things Will Be Unveiled On Battery Day'
⠀

Such a patent makes us wonder whether Tesla Battery Day will also reveal any breakthrough concerning metal-air batteries. After all, it would only make sense if there was a practical metal-air battery pack to be added to the current one. Without it, it is like saying you can prevent bullying by making Santa Claus skip bad boys’ houses on Christmas.

Metal-air cells have a much higher energy density than lithium-ion, but their cyclability is low. In other words, batteries die after a few recharging sessions. Would Tesla have solved this issue? Will it present a feasible metal-air solution? Tesla Battery Day will have to be mindblowing to correspond to all expectations it is generating.