New Hyundai Tucson Will Have PHEV Version, But There's No Images Yet 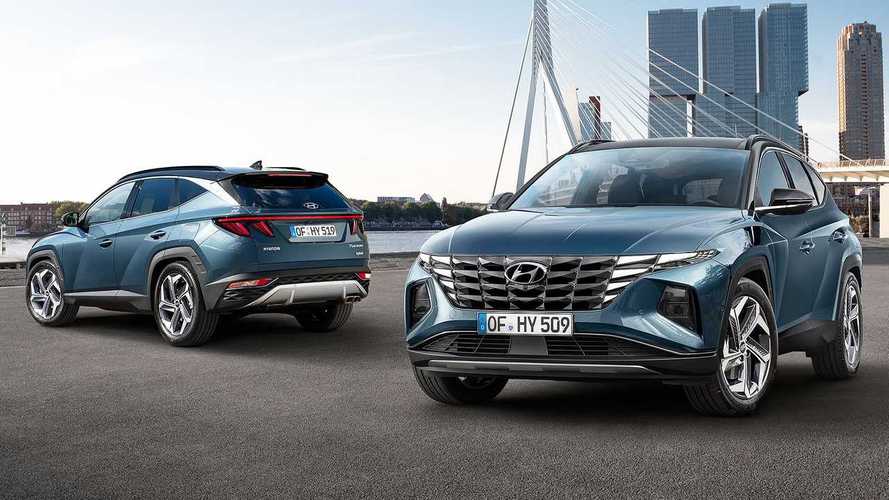 Anyway, it will probably not be very different from what we can already see.

Hyundai recently revealed it would have an electric sub-brand called Ioniq. Yet, it can still disappoint buyers that are into electric mobility. That is pretty clear with the presentation of the fourth-generation Hyundai Tucson. The company announced it would have a plug-in hybrid version, but provided no pictures of this car at the premiere of its new crossover. Why?

According to Hyundai, the Tucson PHEV will be revealed in 2021 with “a 1.6-liter T-GDI engine and 265 PS,” but it will only disclose more information about (as well as pictures) “closer to the market launch – which is a real pity.

That makes the PHEV derivative the most powerful one available, and that makes us wonder even more why it was not among the first ones to be revealed. Was it an issue to integrate the additional charging port into the creasy lines of the new crossover? Does it have to do with battery pack supply? What made Hyundai hold back the Tucson PHEV?

While buyers wait, they will have time to check the new design approach that Hyundai has adopted. It seems to be following a trend that PSA has started with the Peugeot 2008, and that just adds creases and edges to the general appearance of the car.

The trunk can carry up to 620 l (82,9 ft³) of cargo in the gas-only derivative. That changes depending on the configuration. The hybrid version carries up to 616 l (82,4 ft³) of luggage. Curiously, the mild-hybrid Tucsons are the ones with less space there: 546 l (73 ft³) for the diesel with the 48V system. How can the mild-hybrid Tucson have less cargo space than the hybrid?

Let’s hope the Tucson PHEV manages to avoid any loss of trunk space when it is finally revealed. We only wish that happened sooner, preferably at the very introduction of the fourth-generation.