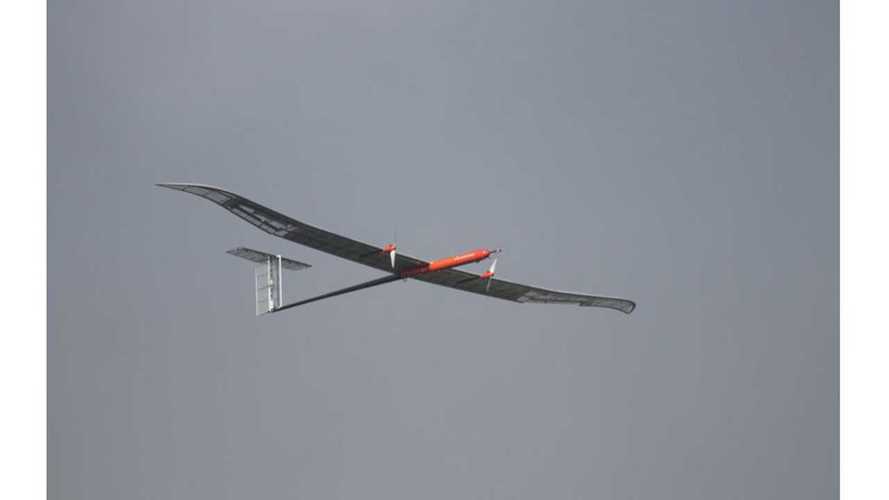 Lithium-sulfur batteries are considered as one of several next-generation technologies to significantly increase the energy density.

The EAV-3 (9m long, with a wingspan of 20m) was equipped with cells much more energy-dense than current state-of-the-art lithium-ion batteries available on the market. The company says that energy density is 50% higher, which suggests roughly 400 Wh/kg or so (the exact value was not revealed).

According to the manufacturer, the tests confirmed "a stable charge/discharge function of a lithium-sulfur battery in the extreme environment of the stratosphere", at temperatures as low as -70°C and an atmospheric pressure of 1/25 of one at ground level.

* Stratosphere: it is an atmospheric layer ranging from 12-50km altitude between the troposphere (the ground – 12km) and the mesosphere (50-80km).

As in the case of other solar-powered aircraft, the idea of EAV-3 is to charge the battery during the day and use it to stay in the air during the night.

The EAV-3 achieved an altitude of 22 km (13.7 miles), which is a record in South Korea. Globally, there were multiple approaches to test/demonstrate Li-S batteries in aircraft. The most known is the manned Solar Impulse 2, which completed the round-the-world flight in 2016 (having a 154 kWh battery).

Especially, EAV-3 flew in the altitude of 22kms, which is unprecedented for a domestic unmanned aircraft, and achieved a new record of flying at the highest attitude in the stratosphere in Korea. Also, it flew for 7 hours out of a total of 13 flight hours with a stable output in the stratospheric altitude of 12-22km where a general aircraft cannot fly.

This fight testing is highly significant as it confirmed a stable charge/discharge function of a lithium-sulfur battery, the next generation battery in the extreme environment of the stratosphere with a low temperature of 70 degrees below zero and atmospheric pressure of 1/25 of one at ground level, which is close to a vacuum state."

The next step is a long-endurance flight for a number of days and nights.

The company intends to introduce the lithium-sulfur batteries on the market and "mass-produce" them after 2025 with an energy density target of two times higher than current lithium-ion batteries, which on a cell level should be more than 500 Wh/kg.

"Moreover, it plans to mass-produce a lithium-sulfur battery that has an energy density more than twice that of the present lithium-ion battery after 2025."

It's interesting to see LG Chem engaged in Li-S, but we are not sure whether these types of cells will be sufficient for electric cars in terms of cycle life and power output (their usual weak points).