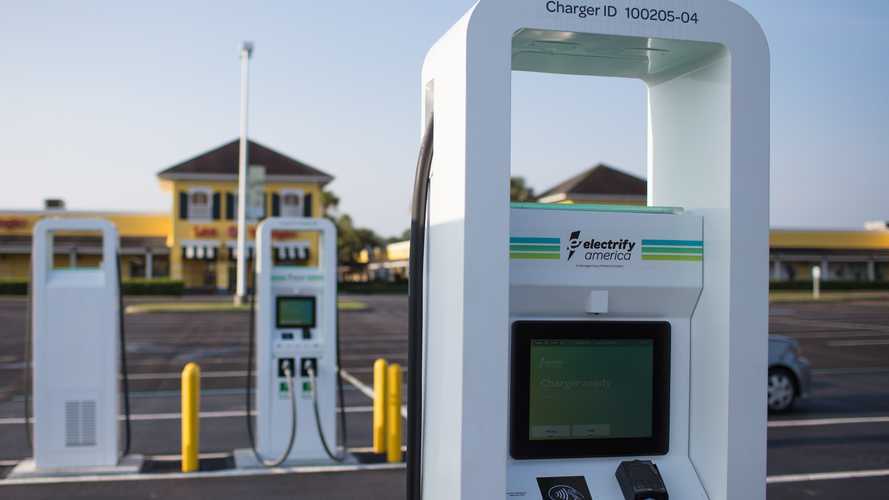 It would have been nice if people were made aware ahead of time or if EA didn't shut everything down at once.

Yesterday, September 8, 2020, we shared a video from Kyle Conner about the massive Electrify America (EA) charging outage along the East Coast. If you've been following, you likely already know that it was intentional. Yes, EA meant to shut down every charging station along I-95 over a nearly 500-mile stretch on a holiday weekend with no warning.

After we shared the story, it received a multitude of comments on our site, as well as a lot of attention on Twitter. We'd like to extend a thank you to PlugInSites@pluginsites and John Voelcker@johnvoelcker who started the conversation on Twitter. Voelker went to work to answer many questions related to the situation. Conner had already received a statement from EA, which he shared in the video and we added to the previous article.

In summary, EA said the decision was made long ago to replace subpar EV chargers on the East Coast. The company is "taking these major actions to improve charger performance." It also said it was proactive so that EV drivers could plan accordingly. However, being proactive only meant it updated the availability of its chargers, or lack thereof, on its travel app and PlugShare. Sadly, that was too late, leaving many drivers stranded. The real question here is why didn't EA make an effort to "mitigate the effect on I-95 drivers."

EA initially provided the same statement to John Voelker, which he posted on Twitter. Later, he obtained more information. Check out some of the Twitter thread below:

Now, a few days after the chaos, Electrify America has sent Kyle Conner another official statement. Why it couldn't officially talk ahead of the shutdown is still a mystery. At any rate, we've included the entire statement below:

Electrify America is committed to providing reliable access and service across our network of more than 460 charging stations and more than 2,000 chargers. We continue to see increased charge success rates across the network. Our robust network monitoring process allows us to focus on areas of the network that need additional support and remediation.

Based on network data we have analyzed, we have begun replacing chargers at 56 select locations across the eastern region to address performance issues. The company is taking these major actions to improve charger performance and reliability. To allow EV drivers to plan accordingly, we are proactively showing the availability of charging stations on our mobile app and PlugShare. We are committed to re-energizing and improving the customer experience at these charging stations as soon as possible. We regret any inconvenience to our customers.”

To improve quality, Electrify America is removing equipment at 56 charging stations to install new chargers in the eastern region to improve performance. The company is taking the following actions:

· This work is currently underway and will continue for approximately 12 weeks.
· Currently there are 19 stations that are under refurbishment and two are already operational. (Waterloo, NY and Cheektowaga, NY).
· Drivers can expect the stations to be inaccessible for about 2 to 3 weeks once work commences at a site.
· Station that have not commenced refurbishment will continue to be operational and charging will be complimentary to the driver during this period.
· Electrify America will proactively identify planned upgrade actions in advance on the Electrify America Mobile App and on PlugShare.
· EV drivers are asked to check the Electrify America Mobile App or PlugShare to identify the status of the charging stations affected by these performance upgrade actions.

This is a developing story. We'll continue pushing for more information from Electrify America about why it chose to handle the situation in this manner. Hopefully, it was a lesson learned, and the company won't follow the same plan in the future. The good news is a potentially better network is coming soon. In the meantime, many EV drivers are going to have to tough it out.