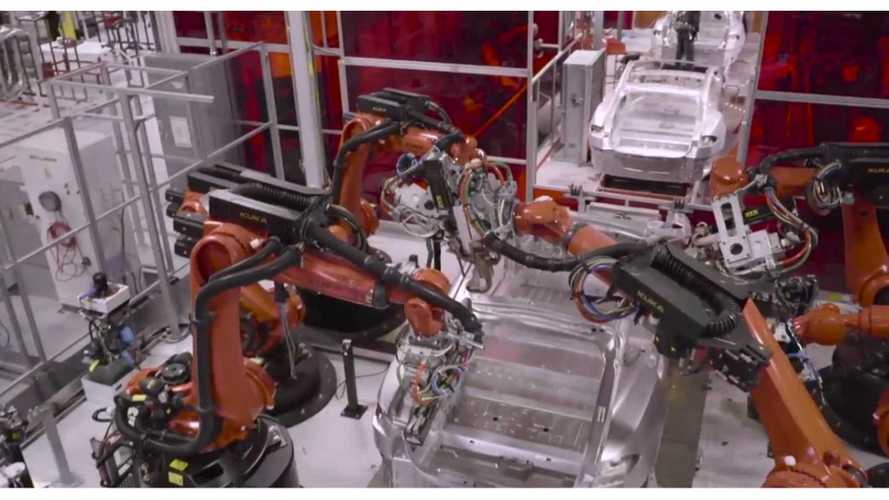 Tesla’s focus on manufacturing has become an obsession—that’s the term Elon Musk uses for it.

Posted on EVANNEX on September 08, 2020 by Charles Morris

Elon Musk can’t stop talking about manufacturing, so we EV journalists will just have to keep writing about it. As Zachary Shahan writes in a recent CleanTechnica article, “the machine that builds the machine” just may be Musk’s favorite phrase these days.

Above: Parked in front of Tesla's factory (Image: Tesla)

In fact, Musk expects Tesla’s manufacturing prowess to give it an edge over other EV-makers. “Tesla’s long-term competitive advantage will be manufacturing,” he told Shahan. Of course, some critics would consider that a bold statement, considering the piles of bad publicity Tesla has gotten over reports of poor build quality in the past.

Shahan notes that there is “much less industry derision regarding Tesla’s manufacturing experience than there used to be. However, “the world still doesn’t understand how disruptive Tesla will be when it comes to manufacturing innovation.”

Shahan points out that some of the widespread media tropes about Tesla’s struggles with manufacturing may be overstated. In a recent CleanTechnica interview, Peter Mertens, a former exec at Audi, VW, Volvo, and Jaguar Land Rover, said he knew exactly what Tesla was going through during its Production Hell phase, and that he saw it as an unavoidable part of the process for any automaker that ramps up production of a new model—not the existential disaster that was depicted in the press.

Shahan also explains that Tesla’s bad experience with too much and too-hasty automation during the Model 3 ramp has not caused the company to back off on automation altogether. On the contrary, Tesla is “continuously looking for opportunities to automate more of the production process.” In a 2019 interview, President of Automotive Jerome Guillen told Shahan that Elon wanted production line engineers to find at least a couple of improvements per week to make production more efficient.

Some may be surprised to learn that many of the efficiency improvements have to do with software systems at Tesla’s factories. Tesla’s focus on software in its vehicles is well known, and is often cited as one of the company’s main competitive advantages over legacy automakers. However, software is a key part of the machine that builds the machine as well.

Remember that Musk’s original background is in engineering. “Vast majority of what I do every day is hardcore engineering across many disciplines,” he told Shahan. “I’m chief engineer at both SpaceX and Tesla. That would be a more accurate title than CEO.”