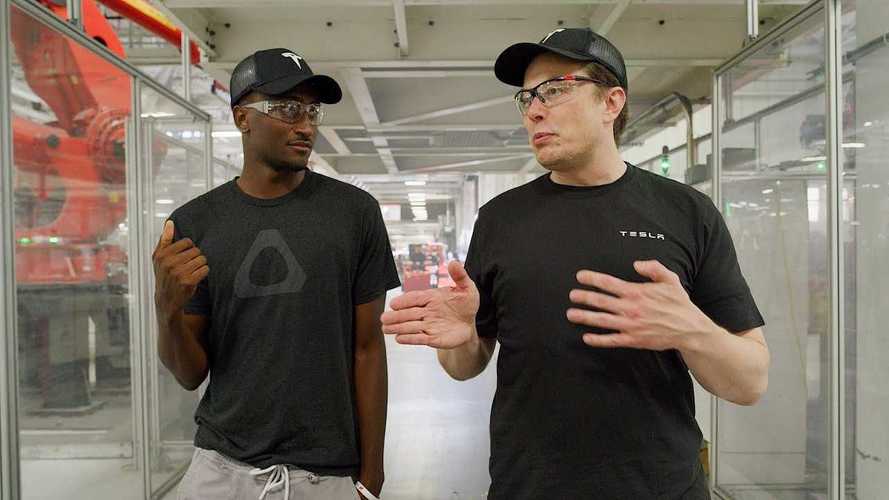 Posted on EVANNEX on September 04, 2020 by Charles Morris

Tesla’s mission has always been to build not just the best electric cars, but the best cars, and most auto reviewers and industry pundits would agree that the company has gotten pretty darn close to that goal. Of course, many would probably qualify that statement by saying that it took Tesla quite a few years to get to this point. Early model rollouts endured fit-and-finish issues and a few other problems, but by all accounts, the company’s build quality has become much more consistent.

Tesla’s manufacturing expertise, “the machine that makes the machine,” has gone through a similar process of gradual improvement. In contrast to the endless delays delivering Model X, and the Production Hell of Model 3, the Model Y launch took place ahead of schedule, and with no major snags (except for some brief delays caused by a certain pesky virus).

Lately, Elon Musk has been talking about manufacturing a lot. In fact, he recently described it as nothing less than an obsession. “We love manufacturing...It’s awesome,” he said on Tesla’s most recent earnings call.

Of course, a healthy fixation on the manufacturing process is nothing new in the auto trade—giants such as Toyota and VW are famous for their focus on manufacturing. In fact, every student of the industry learns that the pioneering Henry Ford’s success is attributed as much to his innovations in mass production as to the actual vehicles he built. A recent article in Axios by Joann Muller highlights some of the uncanny similarities between Tesla and the early Ford Motor Company.

One thing the two automakers have in common is vertical integration. When Ford was building the Model T, it had no choice but to do things “in-house,” as we would say today. Many of the components it needed to build automobiles simply didn’t exist. Tesla, however, came of age in a world of robust global supply chains—the ability to buy all the components it needed to build the Roadster from suppliers was a key part of the initial business plan. Since then, the company has increased its level of vertical integration—a radical departure from the way typical automakers do things.

Tesla makes its own batteries (in partnership with Panasonic), computer chips and many other components—it’s believed to be the only automaker that makes its own seats—and is increasingly moving to take control of its supply chains for raw materials. In a 2017 Wired article, Greg Reichow, who was Tesla’s VP of Production during the transition from low-volume Roadster production to the highly automated assembly of Models S and X, described Tesla as “more vertically integrated than any car company since the heyday of the Ford Rouge plant in the late 1920s.”

As Tesla developed its new models, it needed technologies that were not readily available, and it needed to move at Silicon Valley speed, which seemed like madness to most automotive suppliers. Reichow noted that building its own core components allowed Tesla to make choices quickly, and allowed for faster cycles of learning and improvement.

The speed at which the company is able to improve and refine its products continues to amaze many industry insiders. In 2018, when teardown specialist Sandy Munro took apart an early Model 3, he criticized the new EV’s build quality and body design. “The strategy for the body is about as bad as could be,” he said. (On the other hand, Munro was full of praise for Model 3’s electronics and battery technology.)

Above: Back in 2015, Bloomberg looked at the parallels between Tesla's growth forecast and the original Ford Model T (YouTube: Bloomberg QuickTake Originals)

More recently, after tearing down Model Y, Munro was amazed by the level of improvement over the previous model. “The body build is 1,000% better,” Sandy told Charged. “There are still issues, but they’re minor in comparison to what I have seen in the past.”

The things Munro identified as the most significant design improvements are Model Y’s new energy-saving heat pump, the related Octovalve, and the rear underbody, where Tesla replaced about 70 parts with two enormous aluminum castings. All three of these innovations are in-house creations, developed and built by Tesla.

Elon Musk’s interest in vertical integration has often led him to use imagery that’s reminiscent of Henry Ford’s glory days.

The Ford River Rouge Complex is often cited as the epitome of vertical integration. When it was completed in 1928, it had its own docks on the Rouge River, its own electricity plant, and its own integrated steel mill. Henry Ford “bought all the different elements so that the raw materials would go into one side of the Rouge and 28 hours later come out as a finished automobile,” said Ford Motor corporate historian Ted Ryan.

When Musk first raised the idea of a Tesla Gigafactory in 2013, he spoke of an integrated plant that would take in raw materials at one end and crank out complete battery packs at the other. The vision for the Gigafactory encompasses every step of battery cell and pack fabrication, from the manufacture of electrodes, separators and electrolyte to the assembly of new packs, and the recycling of old ones.

Later, Musk described the factory of the future as an “alien dreadnought,” featuring an assembly line that could disgorge automobiles as fast as a human can walk, or battery cells “faster than bullets from a machine gun.” This week, at the site of Tesla's Berlin Gigafactory, Musk promised "a radical redesign of the core technology of building a car."

The parallels between Ford and Musk don’t end there. When Musk announced his abortive plan to take Tesla private in 2018, he was in a sense following in the footsteps of Henry Ford, who did something similar a century earlier. In 1919, in response to a dispute with a couple of major shareholders, Ford and some of his family members bought up the stock that they did not already own. The Ford family remains firmly in control of the company to this day, despite the fact that it returned to public ownership in 1956.

We know that Elon Musk has cited Henry Ford as an influence. But is his growing obsession with manufacturing a conscious effort to emulate the famous auto industry innovator, or is it merely a case of great minds thinking alike? Only Elon could answer that one.