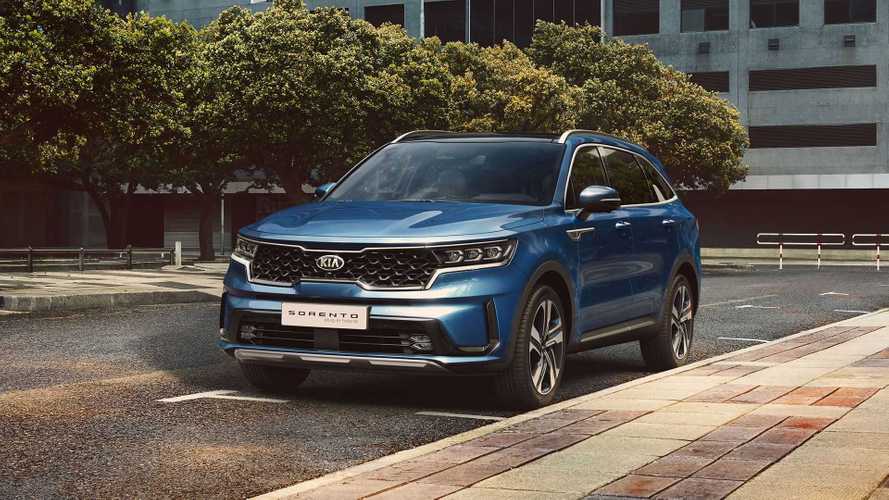 Kia has unveiled the plug-in hybrid version of the all-new fourth-generation Sorento, which will enter the European market in early 2021.

The Sorento Plug-in Hybrid is a 7-seat, D-segment SUV (there is also a 5-seat layout version), designed for "supreme practicality, low running costs, and high power". Clearly, a contender for the Ford Explorer PHEV.

Visually, it's basically the same as conventional and hybrid variants. The only points of differentiation are ‘eco plug-in’ badges and a charging port on the rear quarters.

According to the South Korean manufacturer, the Sorento Plug-in Hybrid offers generous space and one of the largest cargo capacities in its class: up to 809 liters (for seven-seat models) or 898 liters (five-seat models) with two rows of seats in place.

Kia equipped the Sorento PHEV with a 13.8 kWh battery, but has not revealed the WLTP range rating yet: "all-electric range will be sufficient to enable drivers to complete most short drives on electric power alone". We expect it will be similar to 42 km (26 miles) WLTP of Ford Explorer PHEV. The pack itself is Kia’s first with an independent water-cooling system.

In terms of safety, Kia equipped the Sorento PHEV with Advanced Driver Assistance Systems (ADAS) and tons of features, including: