The HiPhi X is a large, six-seater battery-powered SUV whose doors are even crazier than the ones on the Model X.

Human Horizons has revealed its first production model, set to reach the Chinese market in 2021, a bold looking battery-powered SUV whose plan is to dethrone the Tesla Model X as the vehicle with the craziest rear doors currently in production. Unlike the Model X, the Human Horizons HiPhi X has a combination of rear-hinged and gullwing doors - the open like you would expect, but part of the roof also lifts out of the way too.

That’s not all, though, because the doors will also have touch-sensitive panels to adjust climate settings, as well as enable seat heating and cooling. We’re not really sure why this vehicle was designed to have the gullwing-style part of the roof, since it doesn’t look like it necessarily facilitates ingress to the rearmost row of seats. 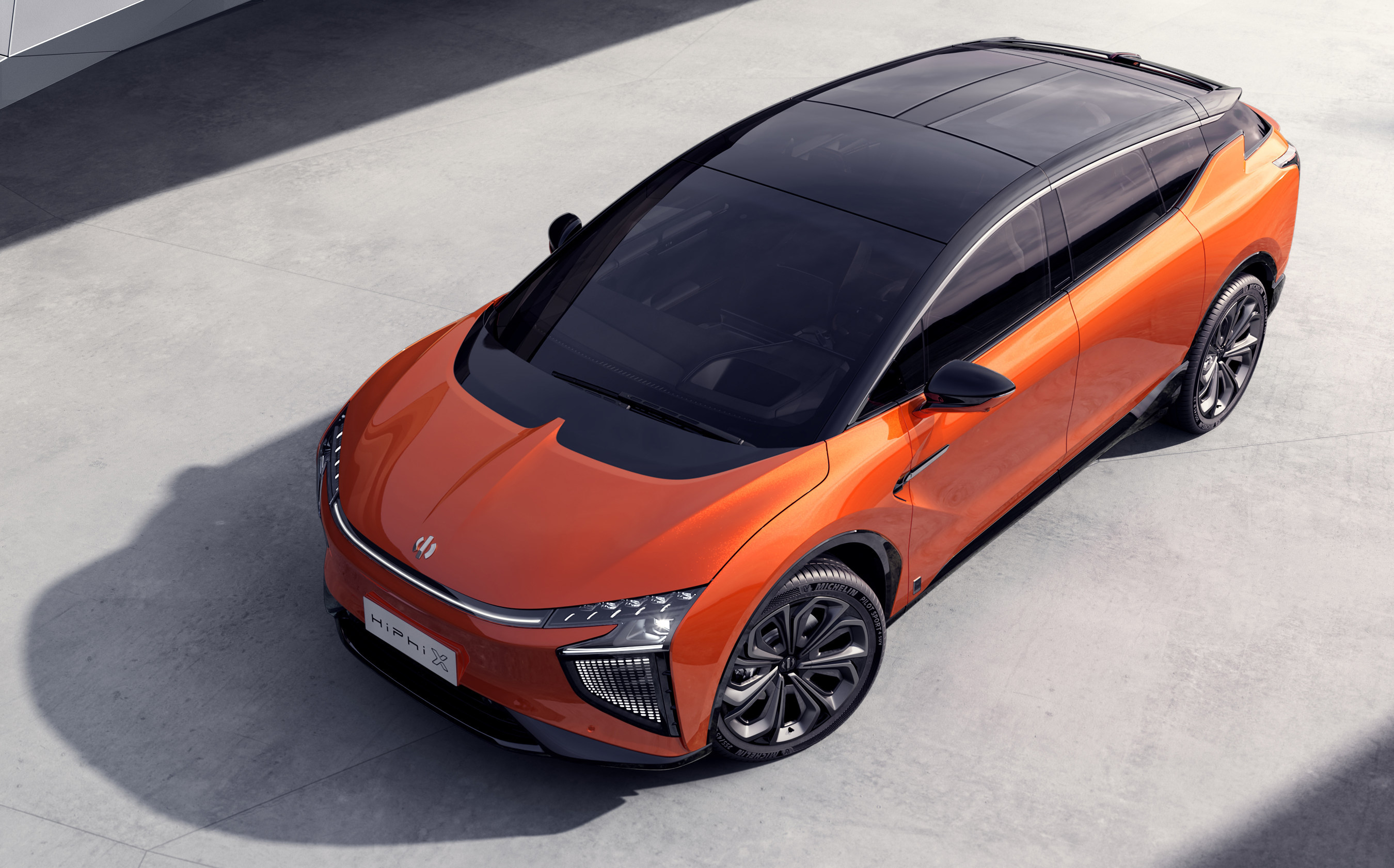 Speaking of seats, the HiPhi X has a three-row arrangement, with two seats per row. It therefore offers seating for up to six passengers, each getting an individually adjustable seat. Regarding its exterior, there isn’t much to say yet since all the photos that have been made public don’t really show many of the car’s design features.

It looks like it’s a bit of a coupe-SUV (the more toned down production version of teh HiPhi 1 concept), with a roofline that appears to fall towards the rear where it doesn’t actually meet the body; it has a blacked out C-pillar that give the impression that the roof is floating. The front end is bold, it has a full-width light bar and an overall minimalist look; we did not get to see the rear end.

Human Horizons is still a new name in the EV game

Range for this vehicle is said to be 610 km (380 miles) according to the NEDC cycle, thanks to a big 96 kWh battery pack (the larger of two available packs), its claimed sprint time from standstill to 100 km/h (62 mph) is 3.9 seconds and it is apparently Level 3 self driving-capable.