VW ID.4 Testing With Arizona License Plates Shows It's Getting Close To Launch 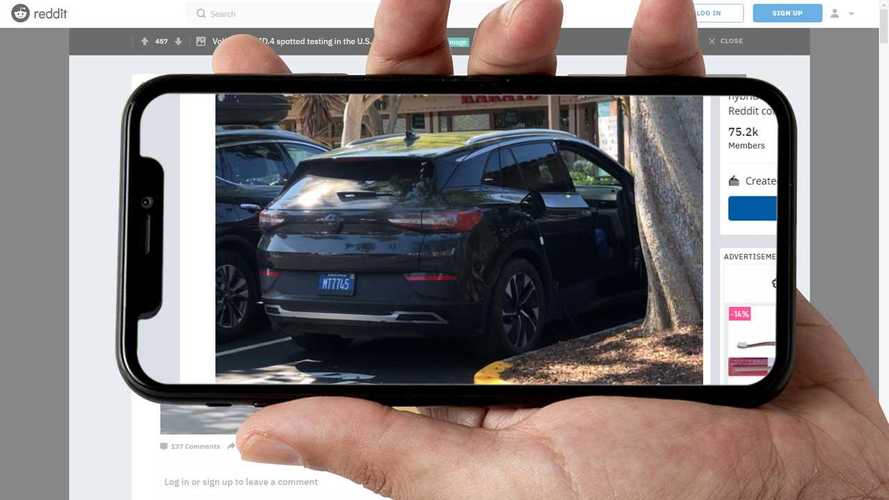 You’ll soon remember why it has a plate from that state despite having a factory in Tennessee.

After we wrote that Volkswagen would only produce the ID.4 in the US in 2022, good friends warned us the first units would be imported from Europe. That will probably help the German company understand how much demand it will have for the electric CUV before investing in its production. To confirm that, check the VW ID.4 prototype above: it bears Arizona license plates!

The picture was published by electricvehicles, a Reddit community dedicated to EVs, as you may have already guessed. The image shows a vehicle with very little camo: just some red, silver, and back tapes here and there to try to disguise it.

They started wondering about why the prototype – or production model, since China is already making them – had such license plates. After all, Volkswagen will produce the ID.4 at its Chattanooga plant in Tennessee.

The explanation for that is simple: Volkswagen has a global proving ground in Arizona. Built in 1993, it is massive (1,600 acres), plenty of tracks to see how all products from many of the group’s brands behave in sweltering weather. The video below gives us a better of what 1,600 acres mean: an airplane flies over it for six minutes.

Recently, we told you the Arizona Proving Ground (or APG, for short) received 25 DC fast chargers to test EVs and charging in high temperatures. The range from 50 kW to 350 kW units. APG also has ten Level 2 AC chargers and multiple connector types.

The 16 parking spots there have canopies that can vary sunlight exposure depending on what Volkswagen wants to test.

We hope these tests ensure the ID.4 presents terrific build quality and excellent performance on hot weather. That would be a good way to make it more attractive when compared to similar vehicles, such as the Tesla Model Y or the future Ford Mustang Mach-E.

We thank Marian Aprodu for the tip!