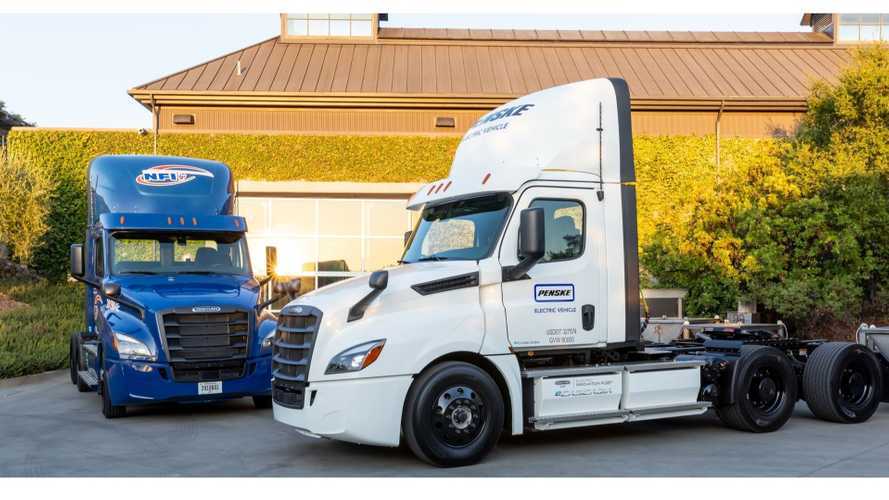 Market launch was delayed by about a year.

Freightliner (part of Daimler Trucks North America) announced that its Innovation Fleet of 30 all-electric trucks (10 medium-duty eM2 and 20 heavy-duty eCascadia) accumulated more than 300,000 miles (483,000 km) in real-world use by customers.

That's about 10,000 miles per vehicle on average, in a variety of applications, including drayage, regional and local delivery, food distribution, and parcel delivery. The first eM2 entered service in December 2018, while the first eCascadia was delivered in August 2019.

That's quite an achievement in this emerging segment, although we have noticed that the initial plan of launching series-production of both models in the U.S. in late 2021 was pushed back.

The latest press release says that the Freightliner eCascadia will be produced from mid-2022, while eM2 in late 2022. That's at least two years from now and one year than initially expected.

The question is whether it's due to the general COVID-19-related uncertainty or if there are other reasons.

Freightliner To Use Proterra Tech In MT50e EV Truck Chassis

The delay by Freightliner should allow Tesla to easily take another first - of launching series production of Tesla Semi electric truck in 2021 in Texas.

Here are some specs of the Freightliner's EVs: