Giga Austin Is Massive: See How It Compares To Other Tesla Factories 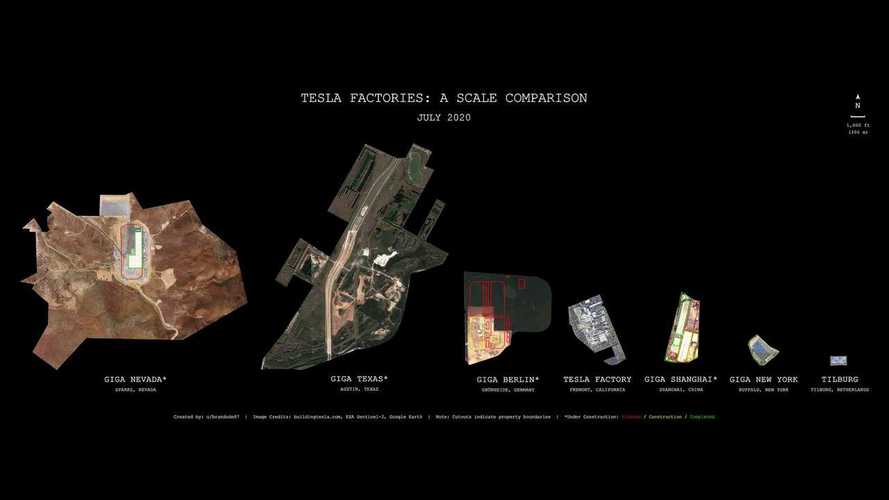 This map made by a Reddit user shows Tesla must have serious plans for its newest factory.

If you thought Giga Austin would be just another Tesla plant, the map above will give you an entirely new perspective. Thanks to the Reddit user brandude87, we can see it will probably be the biggest of all Tesla factories until now, at least in what relates to the size of its terrain.

The Reddit user created this scale comparison to show how massive Giga Austin will be. At the same time, brandude87 gave us an idea of the other Tesla plants around the world. Did you have any idea Giga Berlin was bigger than Giga Shanghai, for example? That suggests Tesla may have to have a second plant in China very soon.

It makes sense that Giga Austin has such a big terrain. Apart from the Semi and the Cybertruck, it will also produce the Model Y and Model 3 for the “eastern half of North America,” as Elon Musk put it at the Q2 2020 Earnings Call. Yet, checking the map also made us wonder.

Giga Nevada also has a gigantic terrain. In theory, Tesla could build another Giga Factory there, even if it would be so close to California. That shows that choosing Texas as the home for its new plant probably had more to do with strategy than with logistics.

Tesla Chooses Texas As The Location To Manufacture The Cybertruck

As we already mentioned when we talked about Austin being Tesla’s new home, the company still cannot sell directly to customers in Texas. That has to change, and having a factory there is probably the best way to convince legislators to do so. After all, it will be absurd if Texans have to buy their locally produced EVs in other states.

With such a vast terrain to occupy, we do not doubt if Tesla has a building for each of these new product families: one for the Semi, one for the Cybertruck, and one for the Model Y/Model 3. That makes sense considering the electric pickup truck will have a completely new construction method: the exoskeleton, also referred to as stressed-skin structure.