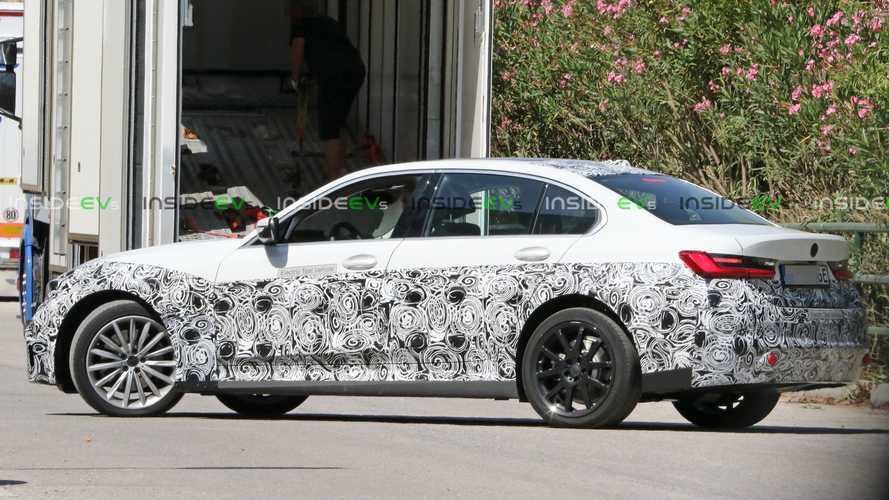 Does this mean the electric 3 Series will only be available as a long version wherever it may end up getting sold?

BMW is testing camouflaged prototypes of the upcoming pure-electric 3 Series, but the model probably won’t reach the market until the current incarnation, the G20, comes in for its midlife cycle refresh. This prototype also appears to be an extended wheelbase version, which could mean it’s a China-bound model or the fact that the electric 3 will be available strictly in long guise.

According to a previous report, BMW won’t launch the battery-powered 3 Series (which could use the i3 name once production of the current i3 ceases) until 2023. It will instead rely on the i4 (the battery-powered version of the 4 Series) to be the non-SUV EV alternative in its range, for those who don’t want the high-riding iX3.

BMW has already shut down its Munich factory for six weeks in order to retool and prepare for the production of the i4. The same factory also builds the regular ICE 3 Series and it's here where the electric 3 will also be manufactured.

The 3 Series EV could be a hit... when it eventually arrives

What will set the electric 3 Series apart from the i4 will be the fact that it won’t be as performance focused. Whereas the i4 is expected to have 530 horsepower and possibly even surpass the next M3 and M4 in terms of performance, the 3 BEV will have a lot less power, possibly borrowing the 286 electric motor from the iX3.