But how does the company define that?

A Rich Rebuilds YouTube video was taken down recently. Rich Benoit credits that to “Elon Musketeers,” as he sarcastically refers to Tesla apologists in his most recent video about why Tesla ended his referral code. Benoit presented the email he received from the company saying it was cut because he was acting “in bad faith towards the company.” But was he?

The video tells us how he started his YouTube channel. He fell in love with Tesla and decided he would recover a salvaged one. That was when he faced his first roadblock in his relationship with the brand: Tesla would not sell him parts. How would he recover his Model S – now called Delores – without parts? 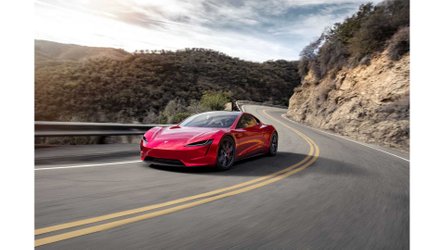 Back By Popular Demand, Tesla's Referral Program Gets A Reboot 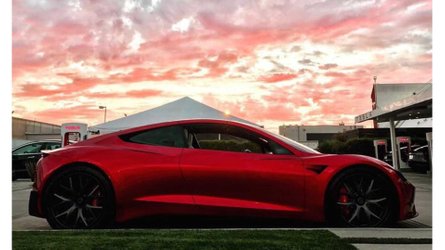 Tesla Referral Program To End As Base Model 3 Comes Online

Luckily, Benoit found a way to do it and produced a lot of helpful content to other Tesla owners. He created the Facebook group “Tesla Parts Buy Sell Trade,” which still exists. He eventually founded “Electrified Garage” with Chad Hrencecin and Chris Salvo to repairs EVs, especially Teslas. All that because Tesla did not want to help.

The company eventually changed that, sadly not before a ridiculous conversation when he wanted to order lug nut covers. Make sure you listen to the question Benoit had to hear.

The second roadblock Benoit found were Tesla advocates, which he also refers to as “The Simps.” We’ll be surprised if this video stays online for long. They were always bashing him for revealing issues the company had. The apologists either asked him to be patient because of the “growing pains” Tesla was going through – when they recognized it was a real issue – or just tried to ridicule him in an attempt to make people ignore him.

That was the case when he first brought up the eMMC issue, which we later wrote about, and that is now under investigation by NHTSA. Or when he denounced Tesla was going to cut supercharging from salvaged cars.

Benoit even refers to something we never wrote about: Tesla’s denial to replace Takata airbags in salvaged cars. For the record, these were cars that were running again after they were recovered. Meanwhile, Honda was taking these airbags from junkyards.

We are not aware if Benoit ever spoke about the Model 3 rear bumper issues. Or about the Model S and Model X battery packs under suspicion after software updates 2019.16.1 or 2019.16.2. Anyway, we know how Tesla apologists behave when confronted with news that is not positive about the brand.

But what would be the “bad faith” Tesla points to? We went for the Referral Program page to learn more about that, and the first thing that struck us was that there is apparently no written document for that. If there is, please tells us where we can download it or send us a copy.

Tesla says that the previous referral program – called Phase 9 – was very costly and that ending it allowed the company to offer savings to customers. It also states the following:

“Each referral also gives you a chance to win a Founder’s Series Model Y monthly and a Founder’s series Roadster supercar quarterly, both signed by Elon Musk and Franz von Holzhausen. Tesla owners who already have unlimited Supercharging get two chances to win with each referral.”

What is that chance about, some sort of draw? The text does not clarify that, even if that was the case for the very first phases of the referral program. Benoit was part of the Phase 9 referral program and had enough credits to claim a Roadster. He asks for that when he notices his referral code link and Loot Box have disappeared. That is when Tesla tells him he lost everything due to “bad faith.”

At Tesla’s Referral Program page, we see the company’s definition for that:

We introduce programs such as these in good faith and expect the same good faith in return. Please note that we may withhold awards where we believe customers are acting in bad faith or otherwise acting contrary to the intent of this program. To be clear, commercializing, advertising, publishing, mass distributing, selling or paying for use of referral links is not appropriate, and we will not honor such links. We cannot cover every nefarious scenario, nor will we attempt to, but we do promise to be fair and reasonable.

Anything misleading or annoying

Paying or offering incentives for use of your link

We have asked Benoit if he recognizes doing anything on the “Not OK” list. This is what Steven Salowsky, his Rich Rebuilds manager, told us:

"As far as we are concerned, Tesla reached out to us to only state we are barred from the program, and did not specify a reason why. We speculate that under the NOT OK section, the word 'annoying' is what they are hanging onto. As in, we are annoying them by making content that does utilize satire on Tesla."

That would be even more bizarre than asking anyone what they want to do with lug nut covers. Salowsky continues:

"The reality is we've helped Tesla's mission, and that is proven with the amount of people that watched the channel and then used the referral code to in fact buy a Tesla. They understand our sarcasm, and that we only point out things in jest, and when something should be addressed by the company. Nobody is perfect. Tesla does get most things right above all other automakers, but there are areas that need improvement. We just want to help the success as an agent to sustainable electric transportation, unfiltered."

Tesla should also tell Benoit what was not OK in his videos – telling the truth? What specifically made it decide he would not be entitled to a Roadster anymore? That needs to be clearly stated.

Thanks to the Wayback Machine, we found the terms of the “Phase 9” Referral Program, and they already included the “good faith” rules since 2016. If Benoit managed to earn enough credits to get a new Roadster – a car that starts at $200,000 – before Tesla decided to apply the "good faith" limits, is it something it can refuse?

We will try to clarify that with Tesla, but we do not expect to hear from it as much as we did not hear from it in any recent information request. Since Tesla's answer may be obvious – even if we never hear it – we would also like to hear from lawyers about this referral program. Check what Tesla says:

“Nothing in the Referral Program shall be deemed to create any kind of relationship between the referrer and Tesla or any of Tesla’s Affiliates. The referrer has no authority to represent or bind Tesla. Terms and conditions are subject to change.”

The Referral Program is Tesla’s most significant marketing effort. When it offers it to its customers to promote the brand and its products, how can it not be binding? Would any marketing professional accept to work without the right to “represent or bind” the company in case it failed to pay what was agreed? Can it change the terms and conditions even for those who already met them, as it seems to be Benoit’s case? Fellow lawyers, please let us know what you think.