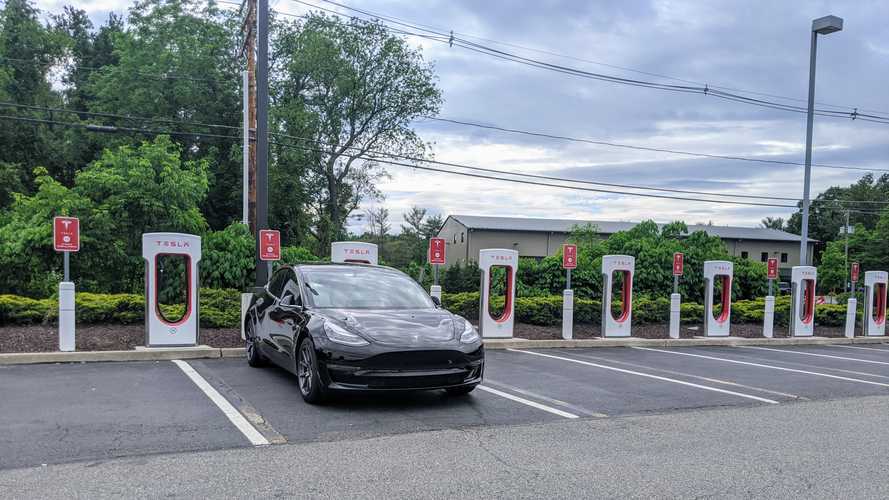 Another remarkable milestone for Tesla.

The news came following Tesla's 500th Supercharger installation in the UK and Ireland. No other high-speed electric vehicle charging network can claim to have the number of sites or stations that Tesla does.

It took Tesla about seven years to reach this milestone, having installed the very first Supercharger in Los Angelos, California, in 2013. Back then, there were very few DC fast chargers available and those they were in service had a 50 kW limit.

Tesla's promise of a high-speed Supercharger network which would allow customers the freedom to travel wherever they wanted to was definitely part of the allure of the brand. No other EV manufacturer was or is willing to invest the hundreds of millions it would take to build out such a network. The Volkswagen group may be attempting to do something similar in the US with Electrify America, but that was ordered by the courts as a penalty for the dieselgate scandal, which is a very different situation.

Tesla initially focused most of its Supercharger resources in the US but quickly began installing and expanding in Europe before entering the Pan-Pacific region. Teslarti reports that Tesla says that more than 1.4 billion Supercharger miles have been delivered to European Tesla drivers alone, with 170 million of those being accounted for in the UK and Ireland.

Tesla's original Superchargers were capable of delivering up to 150 kW but power-shared between to stations. Therefore if someone pulled up and plugged into the station next to you that was sharing power, your charging rate would reduce.

However, Tesla's new Supercharger stations, dubbed "V3 Superchargers", can deliver up to 250 kW and no longer power-share. Therefore, everyone at the Supercharger site could theoretically be charging at 250 kW at the same time, provided their Tesla can accept that much power. Currently, only the Tesla Model 3 and Model Y can accept the full 250 kW. The more expensive Model S and Model X are limited to 200 kW, but Tesla recently announced that they will be increasing the charge rate of those vehicles to 225 kW soon.

Congratulations to Tesla in reaching the 2,000th site milestone, and also on doing something that so few at the time believed was possible. Are you as impressed with the Supercharger network as we are? What would you change with them if you could? Let us know in the comment section below.