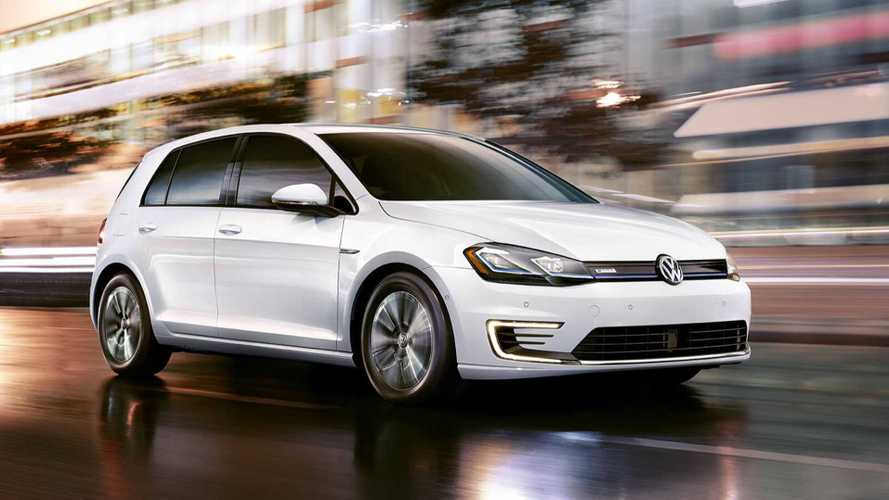 There must be a reason why all manufacturers fit their EVs with low-rolling-resistance tires on 'aero wheels' from the factory, right?

Road&Track’s Jason Cammisa put Michelin Pilot Sport 4S tires on his Volkswagen e-Golf and it had a significant effect on its cornering grip. It achieved a measured maximum 1.19 lateral g, as well as improved steering feel, yet even though larger wheels were also fitted to the car (in place of the standard 16-inch rims that it came with), it didn’t affect noise levels or ride quality that much.

However, his test revealed that if you switch from the factory 16-inch rms running low-rolling-resistance tires (in the e-Golf’s case they were Bridgestone Ecopia EP422) for 18-inch GTI rims clad in the aforementioned Michelin tires, it does negatively impact the car’s range.

Cammisa decided to see by exactly how much the range was affected, and set up a little test involving three 2019 VW e-Golfs. One car was running on completely stock wheels and tires, another had the same 18-inch rims that his car had, but shod in Michelin Pilot Sport A/S 3+ tires; the third car was his own.

We do plenty of our own range tests

All cars’ batteries were brimmed overnight, tire pressures were checked, climate controls settings were the same and they even added ballast to offset the weight of extra occupants in some of the cars. What were the findings after being driven on the same 80-mile route?

Well, as expected the bigger wheels and higher performance tires did bring range down somewhat. The both e-Golf on Michelin Pilot Sport A/S 3+ tires and the one fitted with Michelin Pilot Sport 4S tires achieved roughly the same range - when the time came to charge them up, they took 22.728 kWh and 22.754 kWh respectively; both their computers predicted they could do about 125 miles in that configuration.

The bone stock e-Golf, though, well its computer predicted it could do 150 miles after being topped up after the journey. However, it only needed 19.054 kWh for its battery to be fully charged again, clearly showing the superior efficiency of the standard wheels (which are said to have aero-enhancing properties too) and the less sticky tires.