Through controling individual coils in the stator you can virtually change the stator winding configuration and motor characteristics.

Earlier this month, we heard about the development partnership between the well-known Zero Motorcycles and Vancouver, BC-based Exro Technologies, which works on how to improve electric motors in various applications (including EVs).

Exro's patented Dynamic Power Management (DPM) is a software system, which controls electric motor coils (in the stator) in a more complex way than the standard three-phase approach. The key to the solution is to control individual coils in the stator winding.

It caught our attention immediately. Possibly, the contemporary power electronics and software might be advanced enough to create a kind of "electromagnetic gearbox" with two or more "speeds". Let's take a closer look at this solution.

An electric motor with a three-phase stator winding and a certain number of poles has a particular characteristic of torque as a function of speed. Through changing the power supply we can move this characteristic, but the shape and key points are predefined by the hardware configuration.

In the good old days, Robert Dahlander (1870–1935) found out that by changing the physical number of poles in a three-phase AC motor, he can make a step-change to the electric motor's synchronous speed. The altering of the number of poles was done by altering the wiring connections inside the motor (there was a mechanical switch). The multispeed motor is known as a pole changing motor or Dahlander motor:

This kind of design allows it to have a kind of two-speed electric motor. It was handy to have something like that to set a higher number of poles (set a lower synchronous speed) to start the motor (higher torque), and then switch it to a lower number of poles to achieve higher speed and better efficiency at those higher speeds.

Of course, having a mechanical switch was good only in limited, stationary applications and would not be feasible for electric cars today.

In modern times, there is an option to use multi-channel power electronics to control individual coils in the stator winding, although you have to have a stator winding divided into multiple sections, a corresponding number of power modules to control each coil individually and in the end, the software to calculate the current supply to each of those in real-time. We guess that this is the Exro Technologies' approach.

The first modern application of the pole changing motor in electric vehicles was developed by Mazda about 10 years ago when the Japanese company was working on its prototype electric car fleet - the Demio EVs.

As we know, Mazda was not much interested in EVs (they were focused on ICEs), but in the case of technology, they were pretty serious to have their own, special EV tech (just like in the case of internal combustion engines).

Mazda wrote at the time that has "the only EV to employ a coil-switching motor" (see details here):

"The Demio EV features a unique coil-switching motor which delivers both high torque and high RPMs by switching the number of coils engaged depending on the RPM count. The result is a combination of powerful takeoff and easy acceleration at high speed that a conventional motor cannot provide." 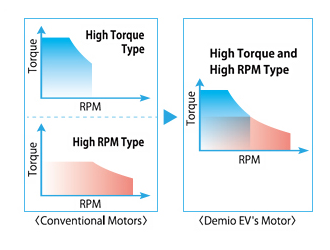 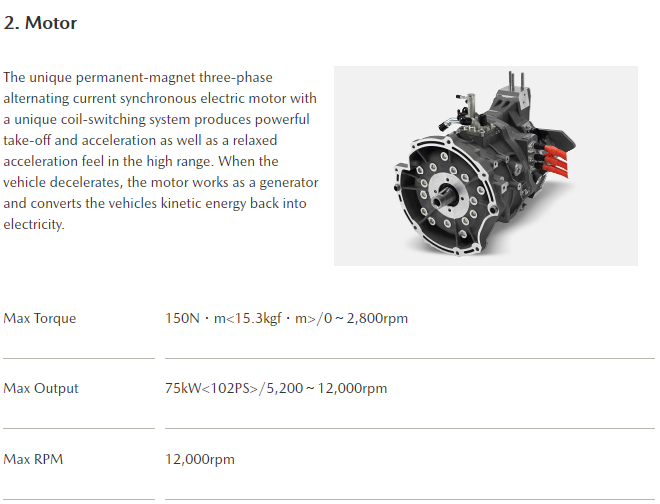 We don't know whether Mazda will continue its developments, but the Exro Technologies clearly intend to bring the multi-speed electric motors to the market.

The deal with Zero Motorcycles is an early beginning to evaluate Exro’s tech, in Zero’s SR/S powertrain platform. They will start with the Zero ZF75-10 drive unit - it has to have redesigned stator to move out individual coils, powered from much more complex power electronics.

"In entering this agreement, the companies will collaborate to integrate Exro’s coil drive technology into a Zero ZF75-10 based motorcycle. The agreement will involve motor technology and integration support from Zero, while Exro will provide power electronics design and supply."

Only the time will tell whether the individual coil switching will bring enough advantages to offset the higher complexity of the stator, power electronics and software, but we believe that having two virtual gears in an electric motor might be very interesting.

Advancing commercialization of coil drive technology in the mobility space.

Zero is a world leading developer of electric-powered motorcycles offering a superior riding experience. The company's motorcycles are optimized from the ground up to leverage the revolutionary Z-Force powertrain which uses specially designed components to minimize weight, size, and complexity, thereby providing riders with bikes that are lightweight, efficient, and provide superior performance.

“We are excited to work with Zero on this development,” said EXRO CEO Sue Ozdemir. “The ZF75-10 design is already an elite motor and, in partnership with Exro, there are opportunities to elevate the powertrain performance even further. This partnership is another step in the commercialization of our technology, and we look forward to delivering.”

In entering this agreement, the companies will collaborate to integrate Exro’s coil drive technology into a Zero ZF75-10 based motorcycle. The agreement will involve motor technology and integration support from Zero, while Exro will provide power electronics design and supply.

“Zero is continually focused on innovation for our products,” said Ryan Biffard, Technical Lead for Powertrain Development for Zero. “We’re excited to work together with Exro to evaluate possible further enhancements to the performance of our bikes.”

Exro is a Clean Tech company that has developed a new class of control technology for electric powertrains.  Exro’s advanced motor control technology, our “Coil Driver”, expands the capabilities of electric motors and powertrains. The Coil Driver enables two separate torque profiles within a given motor. The first is calibrated for low speed and high torque, while the second provides expanded operation at high speed. The ability to change configuration allows efficiency optimization for each operating mode, resulting in overall reductions in energy consumption. The controller automatically and seamlessly selects the appropriate configuration in real time so that torque demand and efficiency are optimized.