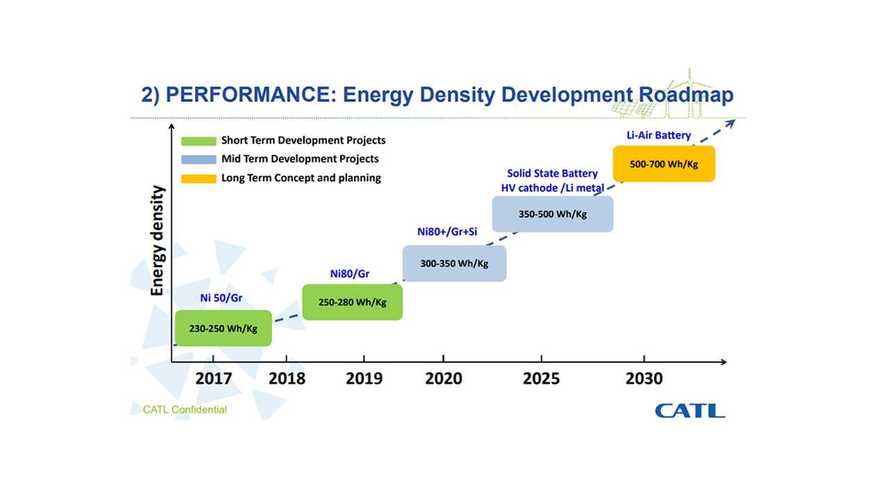 The company told InsideEVs it is based on “CATL’s unique self-healing long-life technology.”

We warned you back on May 15 that Reuters did not get its million-mile battery story right. That article confused the deal Tesla made with CATL for LFP batteries with the high-tech cell with an incredible lifespan. When Bloomberg announced CATL would sell a 2-million-km (1.24-million-mi) battery, some insisted that it was Tesla's battery. We asked CATL about it and it confirmed what we told you before: the 2-million-km cell is based on "CATL's unique self-healing long-life technology."

Elaine Huang, from CATL's marketing department, told us this minutes ago. She was also kind enough to provide more explanations on what this new battery involves.

“The key to this long-life technology is to reduce the capacity decaying rate by controlling the consumption rate of active lithium content.”

But how does CATL managed to do that? According to Huang, the company took precautions both about the cathode and the anode.

“In the cathode, with the application of self-dormant passivation interface technology, the activity of lithium ions is reduced during storage, which will be reactivated when the battery is used. By this means, the side reactions on the cathode are massively reduced during cycles and storage.

In the anode, the application of low-lithium consumption technology helps to reduce the consumption rate of active lithium content when the battery is working, which is critical for satisfying the performance requirement of an ultra-long life.”

As you can see, the key was to tame lithium, so to speak. By preventing any activity when it is not necessary, CATL avoided the formation of dendrites. But there is more to these fantastic batteries.

“Meanwhile, bionic electrolyte technology enables the battery cell to exhibit a self-adaptive protection ability in different life cycles according to different requirements for the formation of electrode-protecting films, which further improves the cycling and storage performances of the battery.

As a result, the combination of this set of technologies effectively restrains side reactions in the battery and massively extends the battery life.”

SVolt also spoke of a protective layer for the single-crystal structure of its "almost million-mile" battery to protects the electrode. Curiously, this seems to be the only common element between the two technologies.

The most surprising part of Huang's explanation is that this technology can be applied not only to NMC chemistry but also to LFP. In the end, Tesla may be able to buy a 2-million-km battery for the Model 3 made in China, but it had nothing to do with its development.

CATL is currently discussing the sale of these new supercells with automakers. That was another reason for us to suspect this technology had nothing to do with the one that may be announced at the Tesla Battery Day. Due to confidentiality agreements, Huang was not able to tell us which these manufacturers are. What she allowed us to know was that "OEMs are still needed to set up an operation model" related to "requirements of battery secondary usage regulations."

Some of our readers mentioned a 2-million-km battery might exceed by a large margin the regular use of any vehicle. That is true, but only if you think an electric car will only be used for transportation purposes. What if it also helps keep power grids stable, with compatibility with smart grids?

In current electric cars, charging and discharging just to keep the grid stable may reduce the lifespan of battery packs. If you remember Hansjörg Eberhard von Gemmingen's Tesla, which already ran more than one million kilometers, it is in its third battery pack already. With the CATL batteries, it would still be with the first one.

Will these new batteries make a lot of people wait before they buy their new electric cars? Honestly, we wouldn't blame them: these new cells promise to be a revolution in EV adoption. We'll be in touch with CATL to bring you more details of its battery – CATL's and CATL's alone.