EVs Pose New Challenges To Insurance Companies, According to AGCS 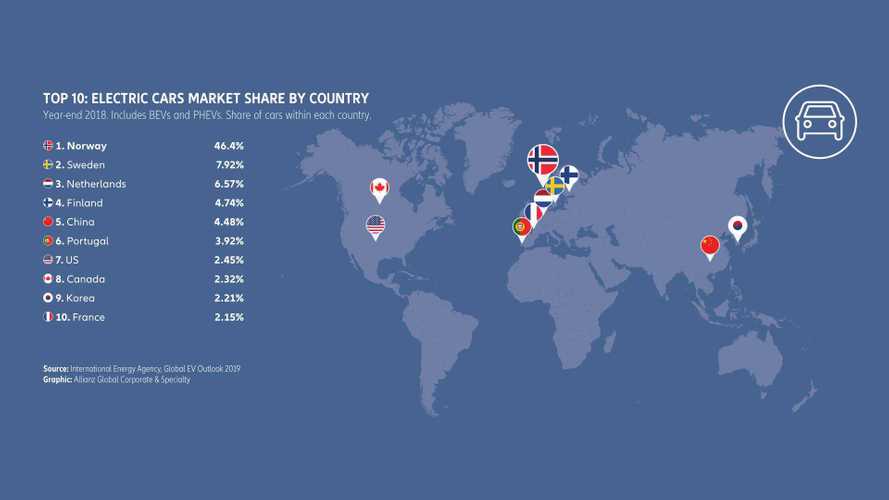 They have fewer parts but may cost way more to repair. And that is just the beginning.

There are many arguments to convince people that do not have electric cars to adopt one. EVs have fewer parts, which makes them more reliable and less prone to defects. They are safer than other automobiles. That should make their insurance prices way lower than those of conventional vehicles, right? Not exactly, according to a study made by AGCS – Allianz Global Corporate & Specialty.

The publication – named “The Electric Vehicles R-EV-olution: Future Risk And Insurance Implications” – presents other aspects of the same arguments that are not so bright.

Is Rivian Preparing To Offer Its Own Insurance Policy?

Take the fewer parts advantage, for example. Few shops are trained or certified to service electric cars. The fact that there is less competition makes prices for EV repairs higher than if insurance companies could choose from more garages.

Electric vehicles are also safer than similar combustion-engined cars. The bad news is that the higher repair costs may make them get totaled with less severe damages than a regular vehicle. If the crash affects the battery, a write-off is inevitable. Curiously, the fact that most of them travel short distances is pointed as a reason for them to be involved in less severe accidents.

Gallery: This AGCS Study Shows What EV Producers Have To Consider Regarding Insurance

Talking about the battery pack, the fact that it represents so much of the total cost of the car – 51 percent, according to Sandy Munro – makes any issue with it be a significant liability. AGCS fears that it will make manufacturers and suppliers have big problems establishing who is responsible for any failure. Insurance companies will be eager to sue whoever is.

The AGCS publication also expresses concerns with battery fires. Not so much with the risk – which it recognizes to be rare events so far –but with the implications. If an EV catches fire while charging in underground parks, it may cause a dangerous chain reaction, as a recent video in China shows. The fact that battery fires are harder to extinguish does not help.

AGCS also worries about cybersecurity threats, the disposal of batteries when they are no longer useful, and the fact that some projects seem to have been developed much faster than they should. The study does not mention any specific case. It just suggests that there is massive pressure for EVs and that rushing legacy automakers to produce them may backfire.

These concerns seem to be pretty reasonable. Even if you do not agree with them, they come from one of the largest insurance companies in the world. Electric car manufacturers would better pay careful attention to the concerns it brings to the table, especially if they want to have 100 million EVs on the roads by 2030. Either they solve them, or they create their own insurance companies – like Tesla already did, and Rivian seems to be on the verge of doing.