Even though Mercedes-Benz was planning for its smallest EV, the EQA, to be a hatchback, an electric version of the A-Class. However, at some point the plan was changed and the manufacturer went for a battery powered variant of the new GLA instead, banking on the world’s growing love affair with the crossover.

Our spies recently caught a fairly lightly camouflaged EQA prototype and it doesn’t really look that exciting. From the side, it appears identical to the gasoline or diesel burning versions of the GLA, although the fact that its front and rear fascias were covered does suggest these will be different.

Regarding the front end, we can clearly observe the outline of both its headlights and grille and they don’t appear all that different to the ones on the regular GLA. The grille itself will be different (and completely covered), but the headlights are probably going to have minor differences in their design (and we’re pretty sure there’s going to be some sort of blue detailing). 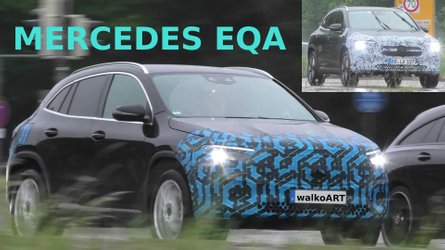 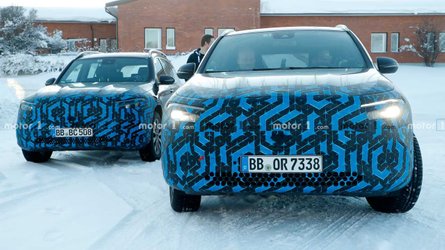 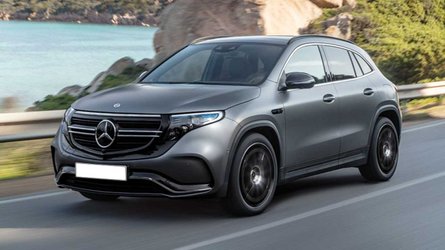 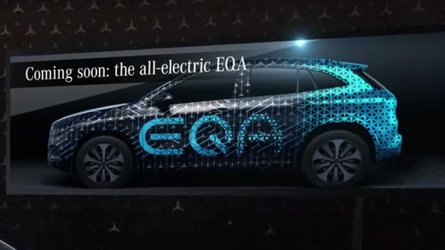 Mercedes EQA Teased For The First Time Ahead Of 2020 Reveal

The rear appears identical to the that of the GLA. The only giveaway that this is an electric car is, of course, the lack of an exhaust pipe poking out under the bumper. If Mercedes chooses to change the EQA in the same way it did when it made the EQC by changing the GLC, it could feature a light bar connecting the two clusters, although this seems unlikely.

From a technical standpoint, we believe there will be three power variants, with 201, 268 and 335 horsepower respectively. Different battery packs may also be offered depending on which version is chosen and range is expected to be between 400 and 500 km; all-wheel drive will also be available for the higher-powered variants.

Mercedes was going to show the EQA later this year, but given how the pandemic has affected the automotive industry, its reveal venue may be moved into 2021.