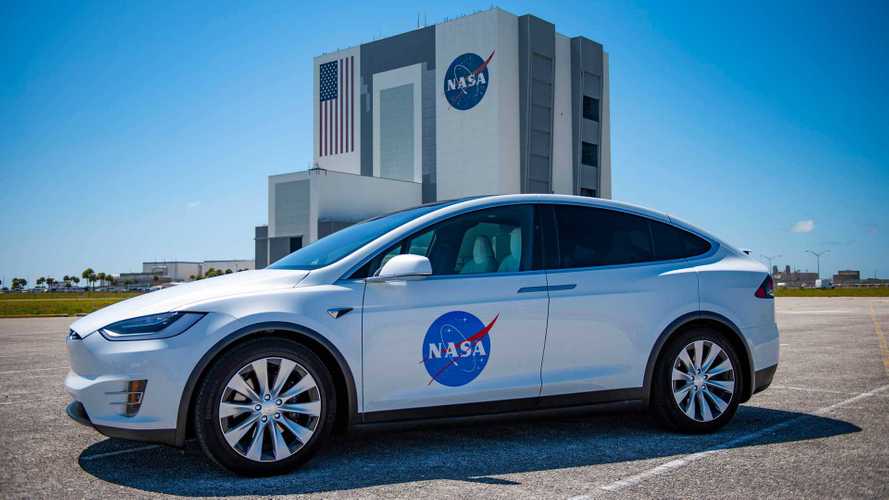 Battery packs and employees for starters.

What Is It Really Like To Watch A SpaceX Launch Live, In Person
⠀

SpaceX Innovates Starlink Project With 'Darksat' To Save The Night Sky

Tesla and SpaceX each represent lifelong dreams of the volatile visionary Elon Musk, who set out long ago to make human life on Earth more sustainable, but also to provide an escape route to other planets just in case. But this isn’t the only connection between the two firms.

Tesla and SpaceX are separate business entities—the former is a publicly-traded company, whereas the latter is a private firm—and they operate in very different industries. However, the two California-based companies are both high-tech innovators that aim to disrupt their respective sectors, and they certainly take advantage of synergies and work together in various ways.

This cooperation was on public display during the recent SpaceX mission. Over a million people who tuned in to watch the first-ever launch of human astronauts for SpaceX, and the first from US soil in nine years, saw astronauts Robert Behnken and Douglas Hurley ride to the launchpad, and into space flight history, in a Tesla Model X.

The ties between the two firms run deeper than a mere product placement, or even a rocket-powered Roadster. They share four board members: Elon Musk, his brother Kimbal Musk, Antonio Gracias and venture capitalist Steve Jurvetson. SpaceX also shares a few full-time employees with Tesla, including Charles Kuehmann, who serves as VP of Materials Engineering for both companies.

It’s appropriate that Mr. Kuehmann has a foot in both enterprises, because the field of materials is one in which the two companies appear to collaborate closely. One of the most innovative features of the upcoming Cybertruck is its “Ultra-Hard 30X Cold-Rolled stainless-steel” body panels. This is the same stainless steel alloy that SpaceX is using for the Starship rocket, which will someday make the trip to Mars.

Conversely, the Starship prototype apparently uses Tesla battery packs—it’s only logical that a state-of-the-art spaceship would use the most advanced packs available—as Tesla revealed in a recent regulatory filing. Tesla has also been selling some other components to SpaceX, and allowed the sister company to use a Tesla machining facility to build a custom tool.

In the same filing, Tesla said it temporarily assigned 20 of its employees to SpaceX “to support SpaceX on certain technical matters.”