The Turin Geogfencing Lab project uses a Renegade 4xe to automatically get to EV mode.

There are many things in which a plug-in hybrid can perform worse than a pure EV or even an ordinary gas-powered car. You have seen VW’s PHEVs did badly in the moose test, for example. They are also heavier than combustion-engined vehicles, but so are EVs. PHEVs have a role in fulfilling: transition transportation to electric mobility. In that sense, FCA has given them another function: allowing people to easily drive their cars in Limited Traffic Zones, such as the ones created in many European cities. The company has a project for that called “Turin Geofencing Lab.”

This idea uses a Jeep Renegade 4xe as the basis for the geofencing testing. It consists of getting the car to automatically change its driving mode when it detects it is getting closer to one of these Limited Traffic Zones, called ZTL – zone a traffico limitato, in Italian. Currently, they are only open to pure EVs. In those situations, the “Turin Geofencing Lab” gets to EV mode on its own.

If the car driver decided to get back to hybrid or even to gas-powered mode on their own, the Renegade would invite them to get back to “Drive Mode Electric” immediately. If the driver refused, the system would warn the city council. FCA does not mention that, but we bet this communication tool would automatically and swiftly get the car owner a ticket. 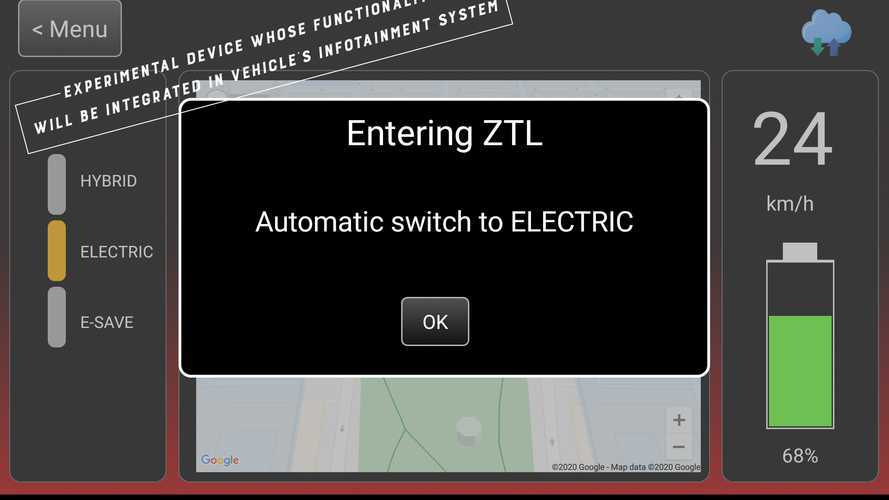 For PHEV owners, such a system would allow them to drive their cars in EV mode in these restricted areas, something they cannot do nowadays. For the city of Turin, the system ensures it can control in which mode the PHEVs are running – either because the driver allowed the car to comply with the rules or because the vehicle will snitch them in case they don’t.

If James Dyson is right about “unrealistically cheap” EVs, the EV take-over may take more time than we would like. In that sense, the geofencing technology for PHEVs may prove to be useful for PHEV owners for quite some time. It could also be applied to EVs in the future, warning about charging infrastructure availability, for example.