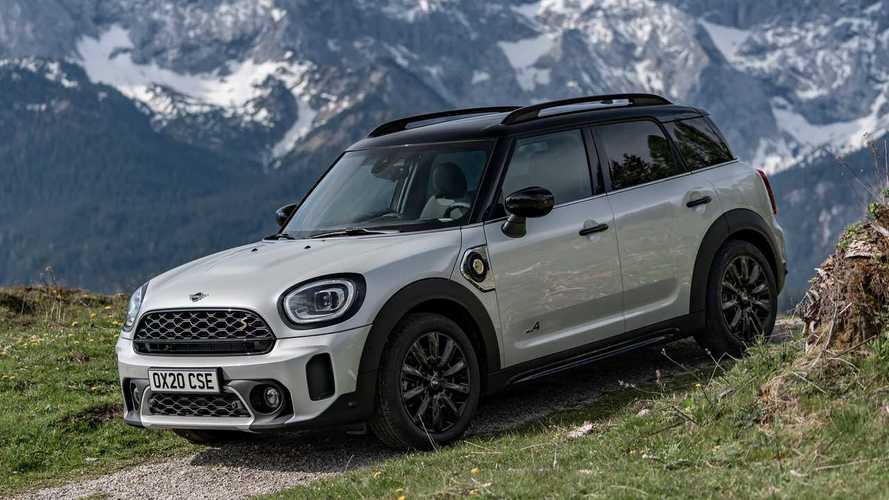 The most rugged MINI is given a midlife makeover, but mechanical updates are minimal.

The MINI Countryman SE plug-in hybrid is really in a class of its own, being a small premium PHEV crossover. This may be the reason why MINI chose not to upgrade its powertrain as part of its midlife cycle refresh that updated its look and tech.

Just like before the refresh, the 2021 MINI Cooper SE Countryman ALL4 is motivated by the same 1.5-liter three-cylinder turbocharged engine which in conjunction with an electric motor (that drives the rear wheels) makes 224 horsepower. That allows the vehicle to sprint to sixty in 6.5 seconds and its top speed is limited to 122 mph (196 km/h).

Will The Mini Cooper SE Get Stranded On This Difficult Electric Car Test?
⠀

The PHEV still draws electricity from quite a small 9.6 kWh battery pack that MINI says is good for a range of between 34 to 37 miles (55 to 61 kilometers) - this larger pack was made available on the car as part of a 2019 update. However, as we discovered while testing the pre-refresh Cooper SE Countryman, the one with a slightly smaller 7.6 kWh battery pack, you’re not going to achieve anywhere near the claimed range.

So what has the automaker done to improve the vehicle? Well, it comes with a reshaped grille, revised front and rear light cluster and restyled bumpers. It also features new wheel designs and new color options that include Sage Green Metallic and White Silver.

Inside, the analog gauge cluster in front of the driver has been replaced by a digital display that comes in two variants. The one fitted to the Cooper SE is the larger 5-inch color display and the press photos don’t show the standard one you get on lesser models.

Aside from this, MINI made minor trim changes for both the dashboard and other panels, as well as the seats. It also extended the range of available original MINI accessories that are available for the car.

The revised Countryman plug-in hybrid will go on sale in Europe and the U.S. in the next few months and if you don’t want the PHEV, MINI will have you know that it’s one of eleven different available variants.