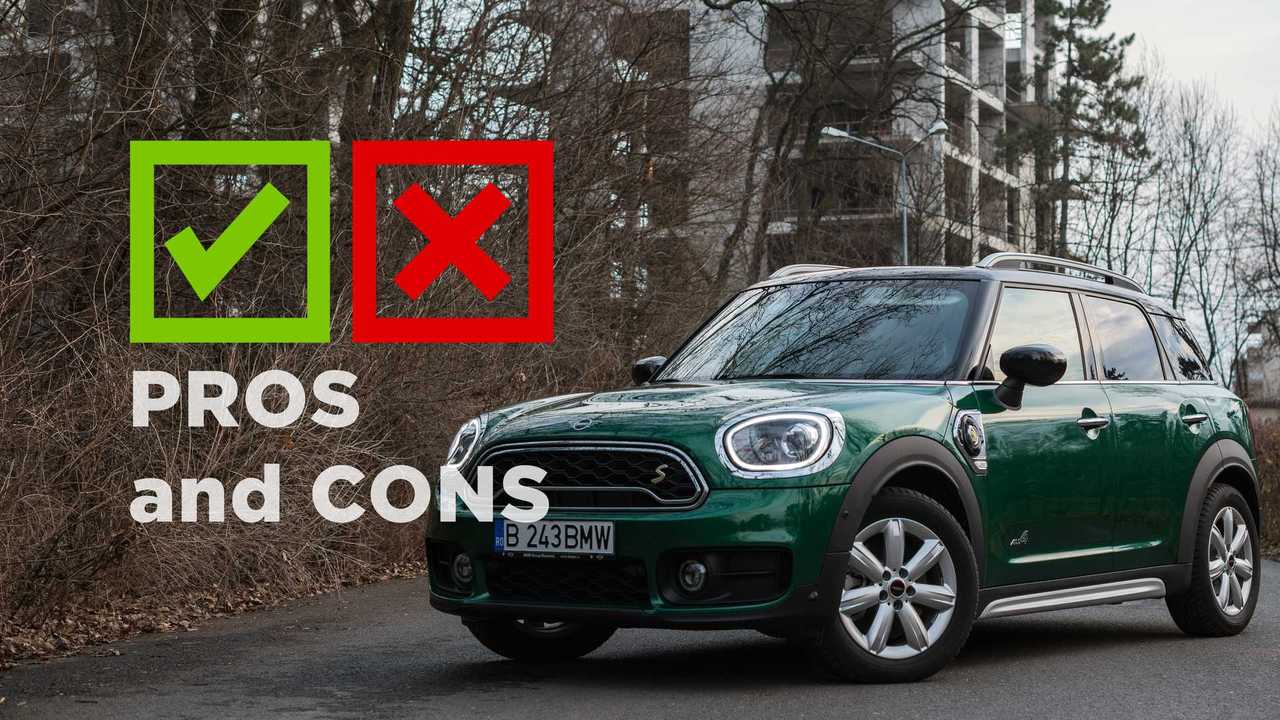 Can you really have your MINI crossover cake and eat it with a side of electrification?

What makes the MINI Cooper Countryman S E All4 unique is the fact that it’s really the only premium plug-in hybrid crossover in its size bracket that you can buy right now. Sure, there are other high-riding PHEVs that are about the same size, but none of them succeed in making you feel particularly special while you’re on-board.

In fact, this is where the Countryman PHEV makes the best case for itself. Spec it right, and it’s will feel like you’re in a true luxury crossover, and the fact that it has some all-electric range makes it even more of a statement.

According to the WLTP test cycle, it is supposed to be able to run on batteries alone for up to 26 miles (42 km), but based on my experience with the vehicle, as well as that of other people who have driven it and whom I’ve asked about it, it can’t come close to the claimed figures. Do keep in mind, though, that outside temperatures during my time with the car never rose above 10 degrees Celsius.

The non-plug-in MINI Cooper Countryman S is easily one of the most fun crossovers to toss around on a twisty road. However, add nearly 300 kilograms (660 pounds) extra weight, in the form of the electric motor and battery pack, and the effect on its agility is immediately noticeable.

It’s still fun to drive compared to other similar electrified crossovers, thanks to its sharp steering, good body control and excellent driving position, but if you’ve driven the non-PHEV model, this will feel understeery and dull through the bends in comparison to that. But since its competitors are vehicles from other brands, it drives better than all of them; it’s even more fun than the mechanically similar BMW 2 Series Active Tourer, which came as a surprise.

People buy this car because of its unique MINI style that is reflected in its exterior design, as well as its interior style. The example I drove was finished in a shade of British racing green which really suits it well - I also think MINI did a great job adapting the familiar brand design cues for this larger, taller vehicle.

My tester also had optional brown quilted leather upholstery, as well as a dual sunroof and there’s no denying it made you special to sit inside it. Materials are very good too and is actually pretty refined inside, especially for a vehicle running a three-cylinder engine.

Until the JCW model was launched, this S E model was actually the quickest Countryman to sprint to 62 mph (100 km/h). It achieves the sprint in 6.8 seconds and since you have the electric motor filling in when it shifts gears, it surges forward with remarkable aplomb, and it keeps accelerating strongly all the way to highway speeds.

It’s definitely quicker than any other similar size PHEV crossover currently on the market, and it’s one of its unique selling points. On top of this, the three-cylinder engine sounds a bit like a six-cylinder and since it’s muted and not intrusive, I think it adds to the charm and character of the car.

I cannot stress enough just how big a difference the extra weight of the PHEV has on handling. Sure, it’s better than all other plug-in crossovers, but compared to any other Countryman model, it feels not as eager to turn or brake.

If you check the spec sheets for the PHEV and the Cooper S, you’ll see the former weighs 1,635 kg (3,610 pounds) while the latter weighs 1,460 kg (3,218 pounds). Yes, that’s a big difference and the extra weight makes its presence felt when you try to drive the PHEV in a vigorous fashion.

MINI claims the Countryman PHEV can cover 25 miles (40 km) with a full charge of its 7.6 kWh battery pack (my tester didn't have the upgraded 10 kWh battery). During my drive time with the car, when the maximum charge I had in the battery was 52 percent when I picked it up from BMW, the trip computer never showed more than 6 miles (10 km) of pure-electric range.

If you’re careful, you can drive it in electric mode for maybe 15 miles (24 km) before it runs out. One single fellow automotive journo I’ve asked said he achieved more than 18 miles (30 km) before it ran out, but it was driven in stop-start city traffic, whereas I took the car out of town several times while I had it, always leaving it in the Auto eDrive setting.

It must be said that MINI did increase the battery capacity to 10 kWh in newer models, but my tester had the smaller battery. With the bigger battery, some are reporting an increase in pure-electric range by as much as 50 percent, even though the battery has only grown by 30 percent and this is due in part to a recalibration of the way it uses electricity.

If there is no charge left in the battery, it will take just over 2 hours to charge it to 100 percent. You can hook the car up to a fast charger, but the maximum rate at which it actually charges is 3.7 kW.

This makes it slightly impractical to charge, say, while you’re having coffee or are out shopping. It’s really a vehicle for those who have a wall box at home, because if you want to charge it via a typical 230v household socket, it will take some three and a half hours to fully charge.