You may already know the answer, but there's a whole lot to dissect here.

Whether you follow the electric vehicle space or are a fan of gas-powered vehicles, you probably looked at the title and laughed. Everyone knows a luxury large SUV with a V8 engine will blow away any EV when it comes to towing, and the Tesla Model X is no exception. Plus, these cars shouldn't be compared in the first place.

However, there's much more to the story here, and no matter which cars are compared to Tesla's vehicles, some people will say it's unfair. Let's just start by saying that electric cars aren't necessarily "bad" at towing. Some may not be rated to tow, others may not be rated to tow very much, and still others don't have nearly enough range on tap to be practical for towing.

On the flip side, EVs have instant torque and loads of power. This is important for towing. You can also charge them at home before getting set up to hit the road. With a gas car, you have to drive to a gas station, gas up, then return home to get ready to tow. Or, pull your trailer to the gas station, which in some cases is just fine, but in other cases it's not the best option. 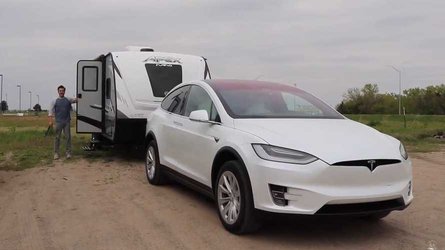 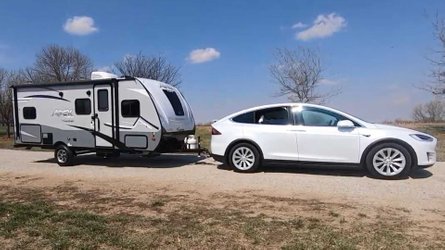 Is This The Perfect Camper For Your Tesla Model X?
⠀ 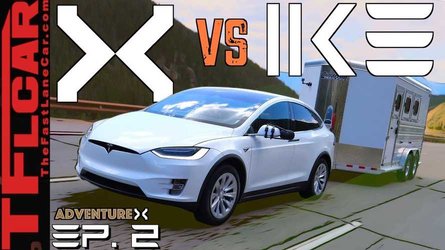 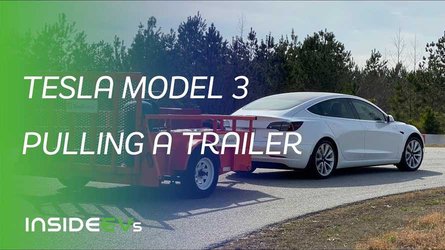 InsideEVs Tows With A Tesla Model 3: Consumption Is Insane

At any rate, the guys over at The Fast Lane Truck do their filming in Colorado. This means they can put cars through a series of tough tests in the mountains. They pit a Tesla Model X against a Lexus LX to see which luxury SUV is tops for towing.

The Lexus LX is a mammoth SUV with V8 power. It cranks out about 400 horsepower and can tow some 7,000 pounds when properly equipped, which is actually not much compared to rivals. The Model X is a midsize all-electric crossover that can tow about 5,000 pounds. It has a maximum range of 350 miles.

With all of the said, we encourage you to dive into the video to learn more about how gas and electric power compare when it comes to towing. There's definitely a lot to learn.

Video Description via The Fast Lane Truck on YouTube:

What Tows Best - Electric or Gas SUVs? We Find Out By Comparing a New Lexus LX to the Tesla Model X