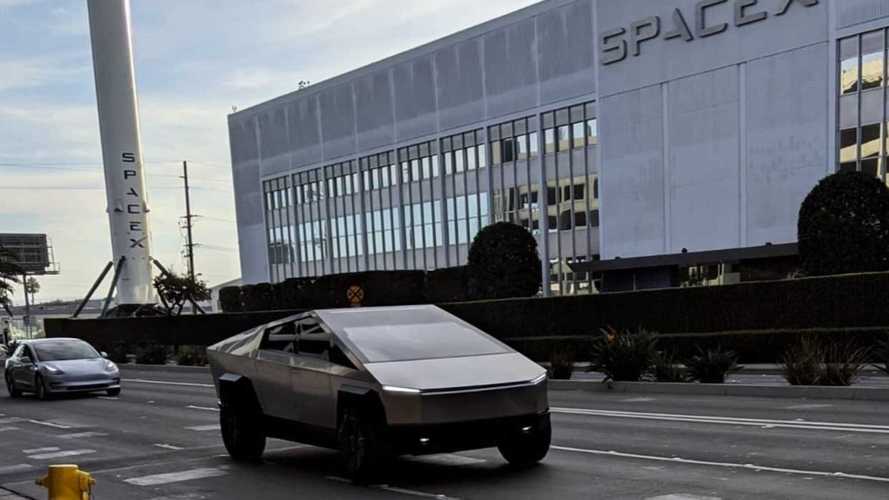 The new season of 'Jay Leno's Garage' starts this week. How long will we have to wait for the Tesla Cybertruck episode?

As we previously reported, “Jay Leno’s Garage” will return for its sixth season beginning on May 20, 2020. That's this week, Wednesday at 10 PM on CNBC. According to recent reports, Leno will host several celebrities, including Matt LeBlanc, Tim Allen, and Adam Corolla. However, perhaps the most talked-about episode features Tesla CEO Elon Musk, the Tesla Cybertruck, and The Boring Company tunnel at SpaceX.

Sadly, we have no idea when the Tesla episode will air. We can only hope Leno kicks off the new season with it this week, though that may not be the case. Fortunately, Leno recently revealed some details about the episode in an interview with The Post shared on News Brig.

Leno told The Post that Musk "was terrific." According to News Brig, Leno continued:

“I’m an enormous fan. We drove the Tesla Cybertruck and he’s received a boring machine which makes tunnels. He says, ‘You want to see a tunnel?’ So he drives the [Cybertruck] into the tunnel, we’ve received a few quarter-inch on both sides and we’re 60 toes underground. We get to the tip of the tunnel and there’s an elevator, so we drive into the elevator and go up 6 or 7 tales and are available up in a man’s yard in El Segundo."

Yes, the tunnel apparently ends in some guy's backyard. Musk told Leno the guy is letting The Boring Company use his yard. Upon exiting the tunnel, Leno pointed out a gas grill and a broken bike. He called it "the funniest thing."

The upcoming episode stands to be the closest look we get at Tesla's upcoming all-electric pickup truck. Only those lucky enough to attend the Cybertruck launch party will have an edge here, though they surely didn't get to experience the truck alongside Musk.