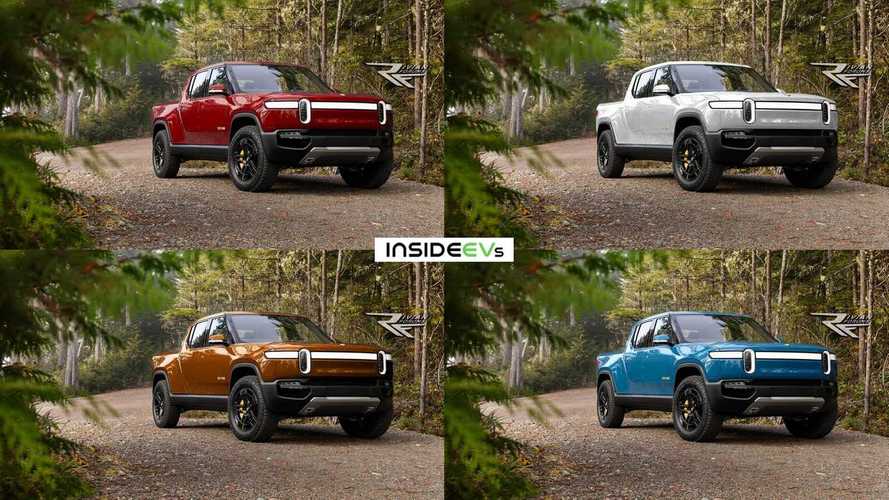 The electric pickup truck from Rivian has eight color options for you to choose from.

Even the most traditional truck guy can’t deny the tank turn the Rivian R1T can do has impressed them. That is just part of the features the electric pickup truck will offer to amaze his first buyers. Anyway, more down-to-earth characteristics may make them happy as well, such as paint options and quality. While we are not able to say much about the latter, the former has been solved by aAlpine, a RivianForums.com member that has presented all eight colors he believes the R1T will have.

These paint options were not taken out of the blue. aAlpine also found most of them in an official Rivian video. There are five of them there: blue, red, black, green, and grey.

The RivianForums.com user then remembers one of the first prototypes presented was silver. White is also one of his bets, as it is a trendy color.

The only wishful thinking here is a burnt orange that was once seen in a VR render and that this forum user would love to see in production as well. We are not afraid to admit we would also celebrate seeing one of these for sale.

Rivian stopped its factory construction at the beginning of April due to the COVID-19 infection. Later, it also waved a $1 million grant from Normal, Illinois, so that the city in which the factory is can better handle the pandemic.

This is the sort of example that makes us want to see Rivian products flood the streets as soon as possible. We are sure it will get there when it can adequately protect its workers for them to produce cars that do not carry the burden of spreading COVID-19 infection.