Weltmeister Presents Maven, A Concept Car With 497 Miles Of Range

It also promises level 4 autonomy and a production version for 2021.

There is probably no car company name that is more self-confident than Weltmeister. When we wrote about it back in 2016, we said Weltmeister meant “World Champion,” but another possible translation is “master of the world.” We have no idea if its latest concept car, the Maven, could rule or teach anyone anything in the electric car world, but it will surely turn some heads with its tasteful design.

The Maven also has attractive promises, such as an 800 km (497 mi) range – even if under NEDC standards – and level 4 autonomy, which is just a promise even for the companies that claim to be closer to offer it than anyone else.

⠀ Watch This Preview Of The BYD Han Ahead Of Its Launch
Xpeng P7 Launches in China: Now The Longest Range Chinese-Built EV Available

When you look at the vehicle, it reminds you of the Jaguar I-Pace or an SUV coupe, but the truth is that this concept addresses another Chinese passion in terms of cars. It is a sedan, as the picture below, taken beside Wang Xin, Chief Growth Officer of Weltmeister, allows us to understand. 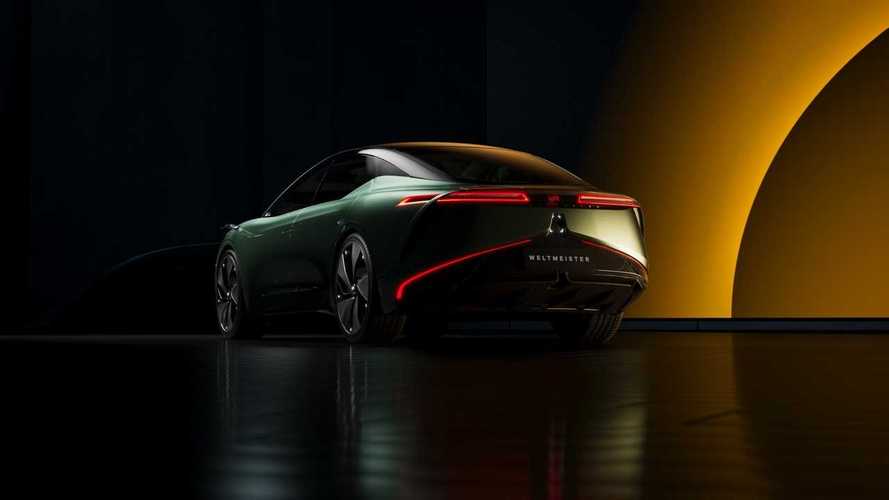 If it ever makes it into production, it should also sell pretty well. Wang Xin promised that would happen in 2021 and that the production vehicle will retain the style and most of the promises the company made about it. Besides the ones we already mentioned, it will also have a 5G internet connection.

The interior of the Maven offers a retractable steering wheel – due to the level 4 autonomy – and a sliding instrument panel that goes to the middle of the dashboard when the steering wheel deploys. Would that help better view the cluster?

The car also seems to make some sort of health monitoring. There is a screen with heartbeats, body temperature, and two other mysterious health measurements. One of them looks like a step counter, but that would make no sense at all in an automobile, so it must be something else. Chinese readers, please help us with that.

The concept car was presented in an event called Imagine Day. Freeman Shen, founder of Weltmeister and former executive of Geely – one of the men involved with Volvo’s acquisition – was there. For a man that was asking for loans to have his startup making cars in 2016, he must be very proud of what his company has achieved in such a short term. It is still not enough to be a Weltmeister, but it is clear they are working on it.