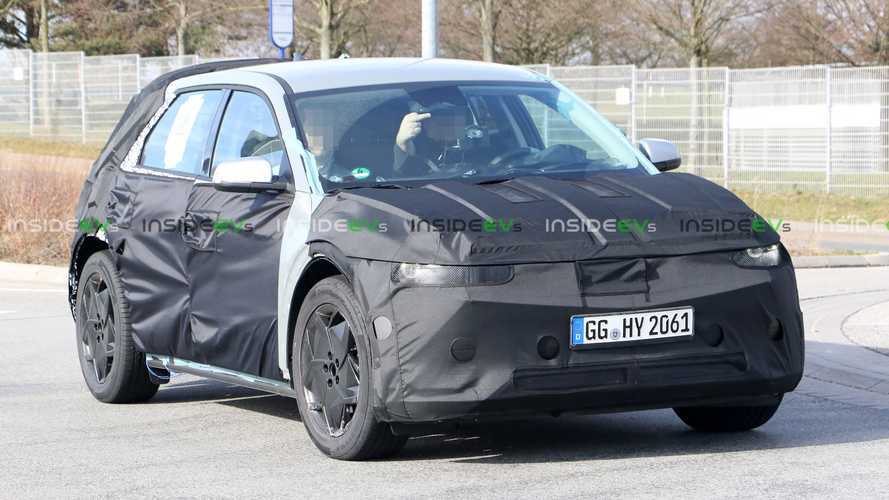 Hyundai is doing things right when it comes to its EV strategy, at least as per the view of Volkswagen’s research and development boss who said manufacturer should concentrate on making electric crossovers first. The Korean automaker has several EVs already on sale (one of which is a crossover) and it plans to add another one to its range, the production version of the Concept 45.

The latter is a retro-futuristic design study revealed at the 2019 Frankfurt Motor Show where it a real standout at the Hyundai stand. Why do we call it retro? Well, its design inspiration is the 1974 Pony Coupe, a concept designed by Italdesign for Hyundai based on the Korean automaker’s Pony sedan; the former is also said to have inspired one of the greatest movie cars ever, the DeLorean DMC 12.

The new Concept 45 was quite a striking looking little crossover and it looks like the production iteration will retain its basic shape and cool looking fastback style rear end. This set of photos provided by our spies show a heavily camouflaged prototype undergoing testing, but they don’t really reveal much other than the basic shape of the body.

One thing we do notice is the production 45’s body is less dramatic than the concept’s and, unsurprisingly, it does away with the study’s crazy door setup. It will be more of a typical crossover with plastic moldings around the wheel arches and a fairly standard looking crossover body.

This prototype is hidden under camo, so we can’t see much of its fascias. However, we expect them to be quite daring because we know Hyundai doesn’t shy away from boldly designed fascias and the concept that previewed the model had one too.

No word on the specifics of its powertrain or battery capacity, but it will probably be mechanically related to other Hyundai EVs (the Kona Electric, for instance has 201 horsepower and a 64 kWh pack). We expect it to be revealed either later in 2020 or in early 2021.