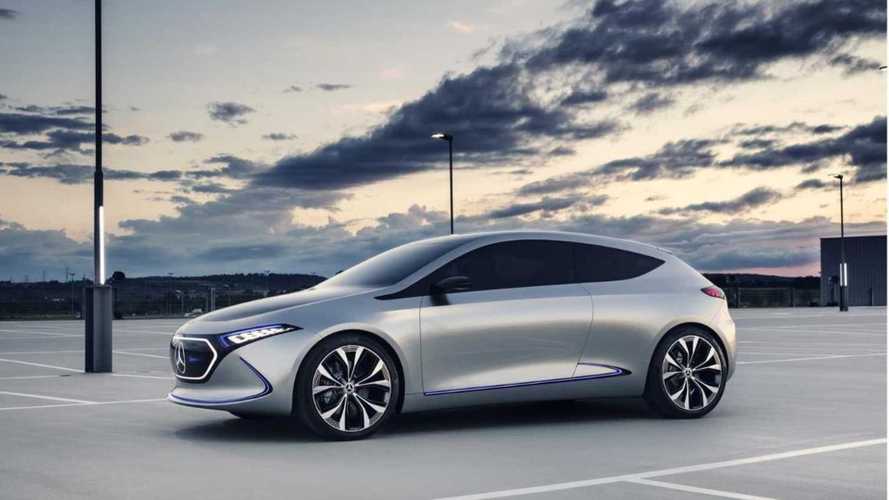 He argues that manufacturers should concentrate on increasingly popular crossovers, not hatchbacks.

Then, one year later in 2017, it revealed the EQA Concept, a study that previewed an A-Class-sized two-door electric hatchback. Next it showed off the EQV Concept (preview for the all-electric version of the V-Class which in the States is known as the Metris) and the latest one was the EQS Concept that announces the automaker’s intention to laungh a flagship luxury electric sedan.

All these concepts have spawned or will spawn a production version, except for the EQA concept. It turns out Mercedes reconsidered its decision to put the EQA into production as a hatchback and it will apparently be a high-riding compact models, an EV equivalent of the GLA. And for those buyers who are after a more rugged-looking electric mini-SUV, the manufacturer will also offer the EQB (the electric version of the GLB, based on the same underpinnings).

Mercedes-Benz EQV Seen On The Streets Of Stuttgart

So if you were waiting for an EQA hatchback, and if you really fancy this body style, then you need to look elsewhere. And this seems to be the thinking of Mercedes’ strategists who have deemed it a safer financial bet to invest in making an electric crossover instead of a typical hatch.

One recent post on Autocar seems to confirm this. The U.K. outlet got a statement from Mercedes’ Research and Development boss, Marcus Schäfer, who put it very bluntly

‘ We have to watch customer demand and, at the moment, SUVs and crossovers are the absolute favorites. Those are our first priorities. ‘

In other words, he’s indirectly criticizing other automakers’ approach to creating a lineup of electric vehicles. So the likes of Volkswagen, whose first dedicated EV, the ID.3, is a hatchback, not a crossover, went down the wrong path in Schäfer's mind.

However, even if Mercedes is banking on high-riding EVs to enter the segment, its first model, the EQC SUV, hasn’t been treated to the most positive of receptions. Reviewers do praise it for its quality feel, comfortable ride and impressive tech, but it’s not especially fast or nice to drive.

And the result is clear, EQCs are not exactly flying out of showrooms at the rate Mercedes was probably expecting them to, so maybe the smaller EQA will prove more popular. We’ll have to wait and see how it and the EQE and EQS sedans fare on the market once they debut.