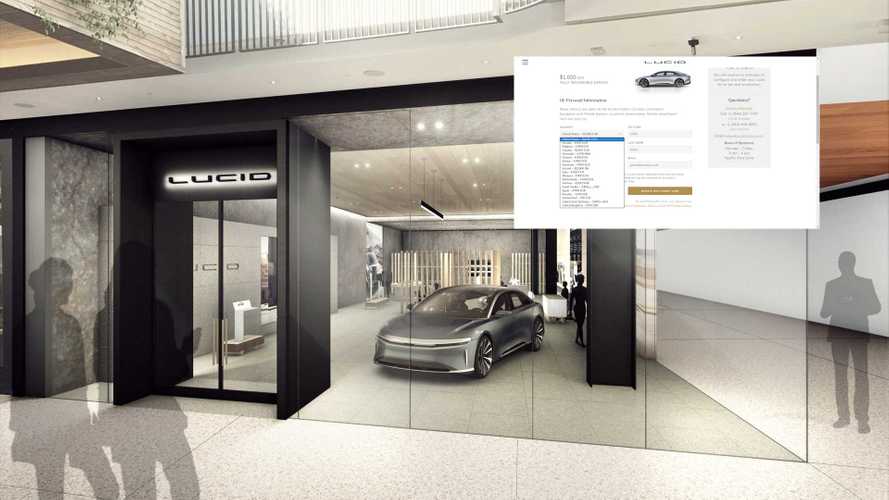 The vehicle is also now open to reservations in the Middle East.

There are many startups and even legacy automakers preparing their EVs. Apart from Rivian, Lucid Motors is probably the one that deserves more attention. If not for the fact that Peter Rawlinson is the man behind the Tesla Model S’s engineering, at least because of what it promises. Among many things, Rawlinson recently mentioned that its permanent magnet synchronous motors – or PMSM – spin like induction motors.

If you are asking why that is important, you must not remember our article about flat towing an electric car. Some manufacturers say you should never do it, mostly the ones that use PMSM in their vehicles and precisely on the axle where they are applied.

Did Lucid Motors Just Reveal The Production Version Of The Air In A Tweet?

Rawlinson explained to IEEE Spectrum that spinning a PMSM creates cogging torque. It causes efficiency losses because – as their names state – permanent magnets are always magnetized. In other words, there is always a magnetic field in them.

Lucid Motors’ CEO did not say what the company did differently to have its PMSM behave like induction motors when it comes to spinning and cogging torque. When he does, that promises to be a real breakthrough.

It will allow the Air to have an efficiency of 4 mi/kWh, which will put it on par with the best Teslas for sale when it comes to energy consumption. Another example of what the motors may represent is that it is not expected to have a massive battery pack – below 130 kW. Yet, we have already seen it can cover 400 mi relatively easily.

When he spoke about the high voltage the Air uses – 900V – Rawlinson said its primary goal is to avoid losses in the battery pack, which are due to impedance. Considering the sedan will have a high performance and a relatively small battery pack, that is a more than valid concern.

Apart from this news, when Lucid apparently revealed the production version of its EV on Twitter, it also said that reservations for the car would also be open in the “first markets in the Middle East.” When we checked the reservation website, we could see it already has prices and the countries in which clients can already join the waiting list for the car.

Apart from the US – its first and most important market – the Air can be reserved in 15 European countries (Austria, Belgium, Denmark, Finland, France, Germany, Iceland, Italy, Monaco, Netherlands, Norway, Spain, Sweden, Switzerland, and the United Kingdom).

Canada can also join the list, as well as Saudi Arabia and the United Arab Emirates. If you live in any of these countries and want to know how much you would have to pay to make your reservation, just check the image above. And don’t miss the excellent article IEEE Spectrum published about an EV that definitely deserves a lot of attention.