Think Audi e-tron and I-Pace Are Thirsty? Check Out The Porsche Taycan

Let's check out the energy consumption (EPA) of all-electric cars available in the U.S. as of April 2020.

Energy consumption is one of the most important factors of an all-electric car. As the energy stored in the battery is a precious and highly limited on-board resource, it should be used efficiently to maximize the range.

Here we compared all of the new mainstream BEV models available in the U.S. as of April 2020, using Environmental Protection Agency (EPA) ratings as a reference.

* The results were converted from EPA's MPGe (Miles Per Gallon equivalent, assuming 1 gallon of gasoline=33.7 kWh) to Wh per mile of EPA range - Combined, City and Highway. Some data estimated. Some versions of models receive the same ratings despite being slightly different.

The most efficient cars, with the lowest energy consumption (combined) are:

As of the 2020 model year, the Model 3 is the best in all categories (Combined, City and Highway). Previously, the top model was the Hyundai IONIQ Electric. Its 2019 version is still the top in City category: city: 225 Wh/mile (140 Wh/km).

The chart below reveals a specific ailment of new European BEVs - they are electron guzzlers according to EPA energy consumption ratings. The Jaguar I-PACE, Audi e-tron and most recently also the Porsche Taycan, are all far behind the Tesla Model X. In the case of Porsche, it's really high: 488 Wh/mile (304 Wh/km).

We will try to observe other ratings/comparisons to verify whether EPA ratings will reflect the real difference in energy consumption/range between the models. 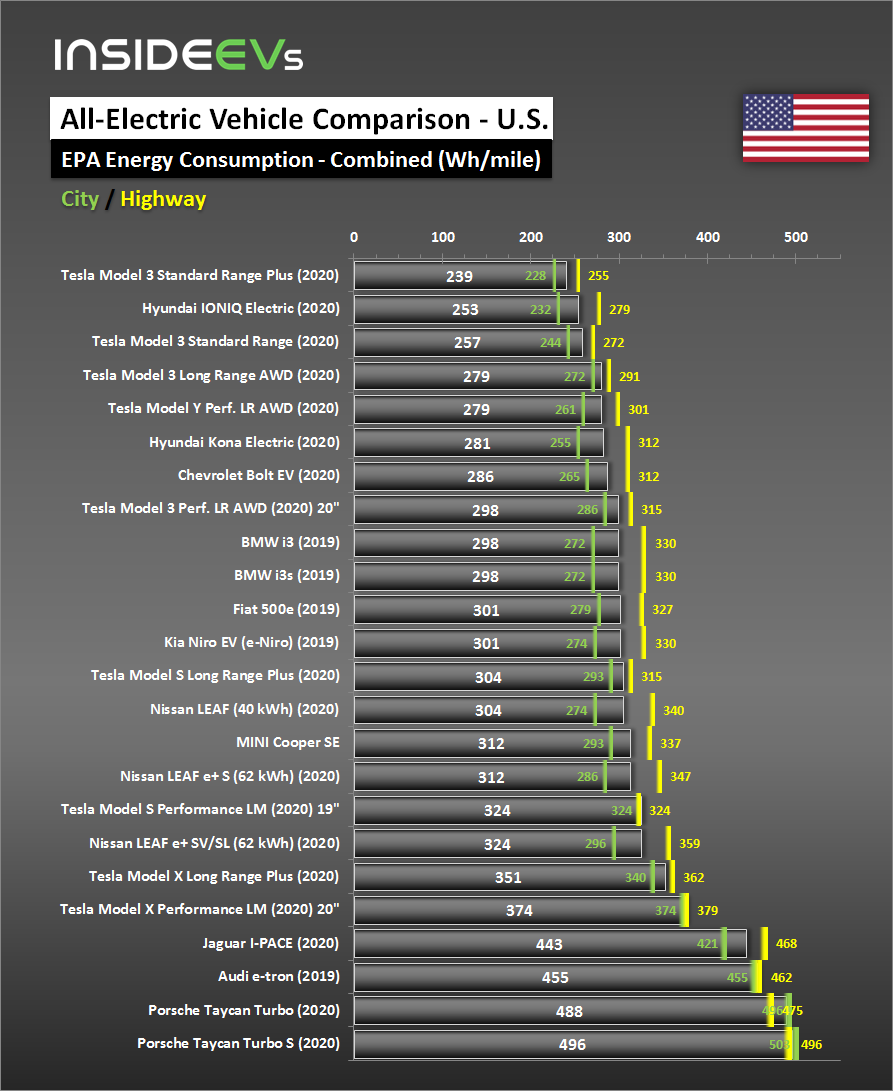 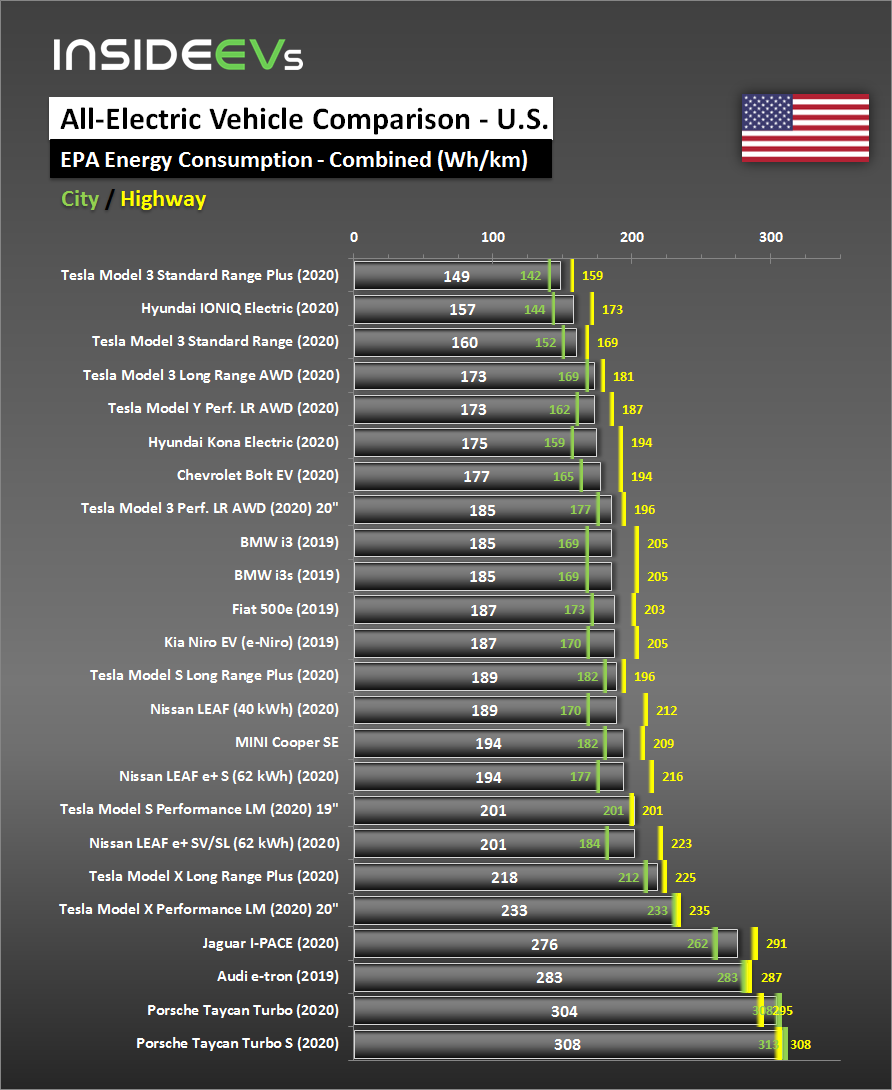