Mitsubishi Outlander PHEV Sales In U.S. Are Far Behind Canada

Outlander PHEV represents just 1% of Mitsubishi volume in the U.S., while in Canada and Europe, it's 17% and 20% respectively.

That's a huge drop, especially compared to the standard Outlander, which went down just 6.8% to 12,809. As a result, the Outlander PHEV accounts for barely 1.0% of total Mitsubishi sales in the country.

While the U.S. sales are searching for a new bottom, in 2019 in Europe as much as 20% of total Mitsubishi volume was Outlander PHEVs.

Moreover, the PHEV was almost as popular as the conventional version: 4,149 Vs 5,901, while in the U.S., it's like 1 to 37. An interesting diversity between the two countries. 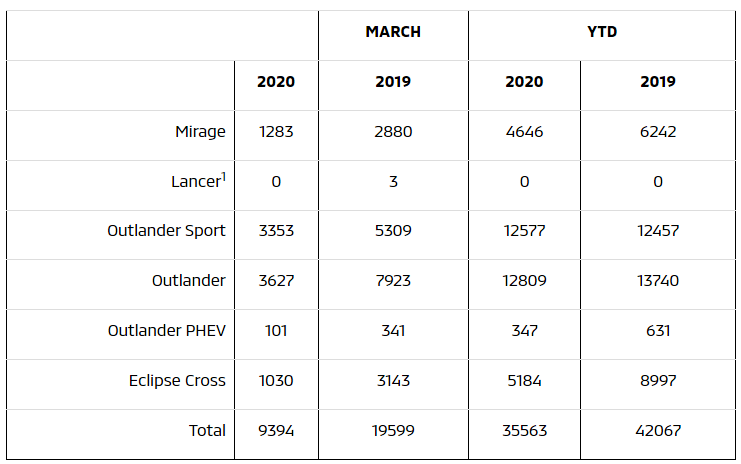 Globally, Mitsubishi sold more than 200,000 Outlander PHEVs, including more than 50,000 in the UK alone.

Unfortunately, Mitsubishi was recently forced to temporarily suspend production at several of its plants in Japan, including the Okazaki plant near Nagoya (from April 9th to April 17th), where the Outlander is produced.