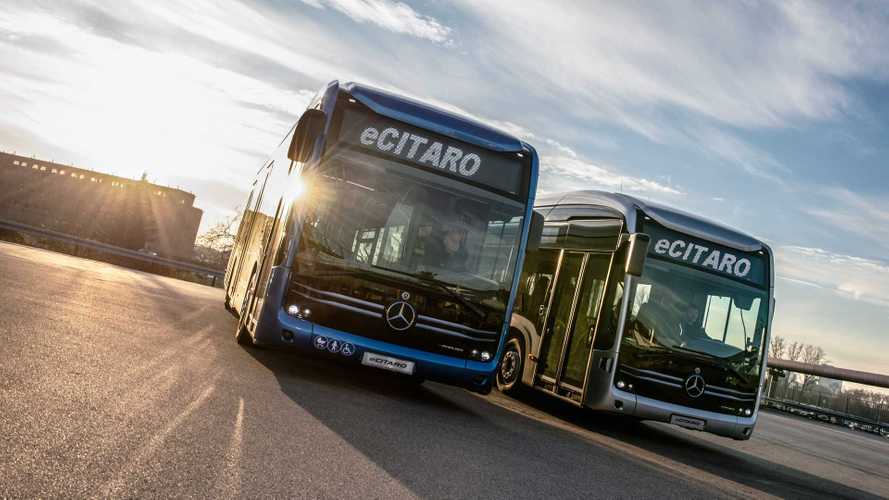 The all-electric Mercedes-Benz eCitaro will get a REX version with a hydrogen fuel cell system for increased range.

The plan is to double the range of the vehicle, compared to a standard battery-electric version, so it's not forced to charge during the day.

SWEG even provided some numbers - 300 km (186 miles), instead of 150 km (93 miles), but we are quite sure that there are battery-electric buses with such (or higher) range as well.

"The Mercedes-Benz eCitaro REX is a hydrogen-powered fuel cell bus. The basis for this model is the eCitaro battery bus, which is equipped with a fuel cell in addition to the large traction battery. The fuel cell runs on hydrogen and generates additional electricity. This increases the range of a pure electric bus (currently around 150 kilometers) to more than 300 kilometers. "This enables the eCitaro REX to complete our usual daily rounds without reloading," explains Stephan Wisser, head of the SWEG bus technology and workshops department." - via Google Translate

Nikola To Merge With VectoIQ And Be Listed On NASDAQ

One of the sources, however, hint at 400 km (250 miles), so maybe REX will really help a little bit, but still, we would advise using pantograph fast charging.

The first Mercedes-Benz eCitaro REX to be tested in Hamburg in 2021, while the regular service in SWEG fleet is expected in 2022.

As SWEG operates some 460 buses (400 own and 60 rented), the potential for the volume order is high.