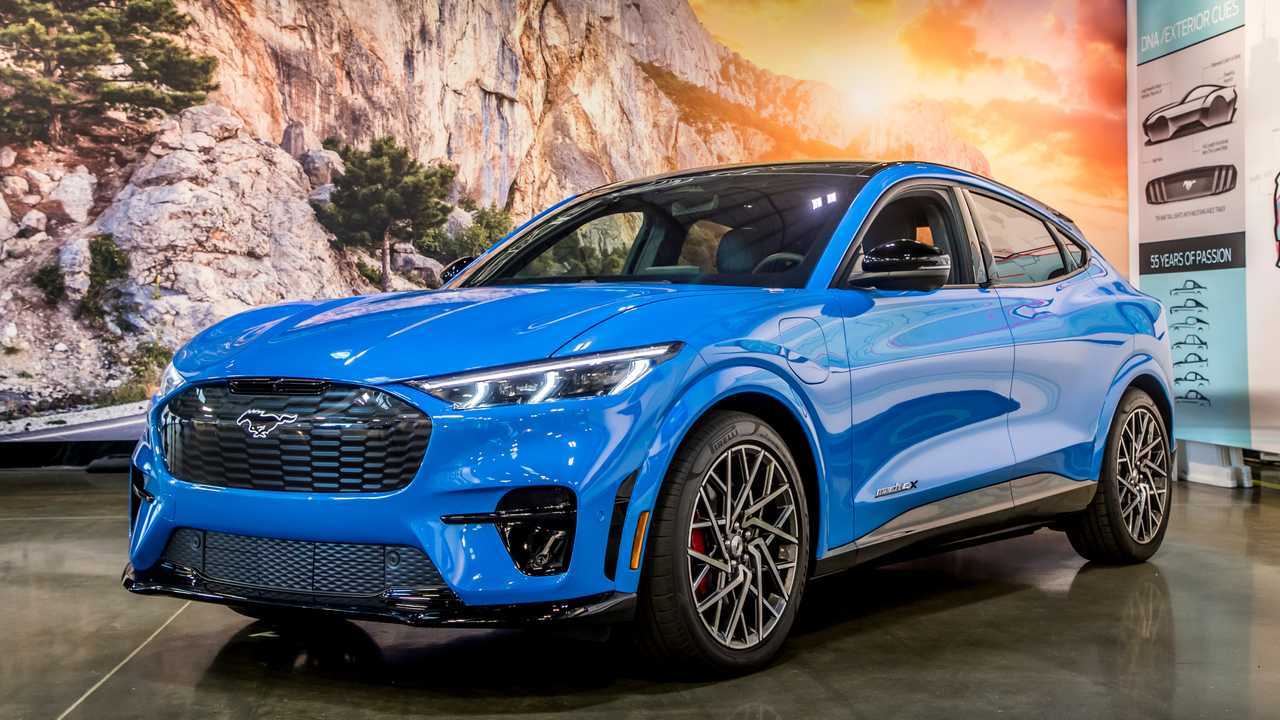 Interested in the Mustang Mach-E? If so, then definitely watch this.

We think Mustang Mach-E fans will love this walkaround video produced by Ford. We've really liked the Mustang Mach-E ever since its November introduction. While we did have the opportunity to take a ride in one at the debut event, Ford hasn't allowed Mach-E media test drives as of yet. Therefore, just like all the Mustang Mach-E fans, we're looking for any good additional information we can get on Fords upcoming plug-in pony car.

Watch A 2021 Ford Mustang Mach-E Drift Through The Snow

While this video was obviously made by Ford, surprisingly, it wasn't posted to their YouTube channel. Instead, it was posted on Shannon Hoy's channel. In the video, the Mustang Mach-E's Consumer Marketing Manager, Cristina Sanders, thoroughly explains details from the exterior design to how the all-wheel-drive system works. We think it may be the best walkaround video out there on the Mustang Mach-E and wanted to share it with the InsideEVs community.

There's been a fair amount of criticism of Ford for evoking the Mustang name for the all-electric crossover. However, we don't think the concerns are because it has an electric powertrain, it's more because the Mustang faithful don't like the idea of a crossover or SUV with the pony badge.

I attended the Mustang Mach-E launch event at the LA Auto Show in November. The one thing that really stood out to me while attending the Mach-E workshops was how every Ford employee that spoke there emphasized how personally connected they felt to the Mustang. They talked about how they felt the weight of the iconic name on their shoulders as they worked on the vehicle.

Every person there told us their own personal Mustang story, whether it was when their dad drove a Mustang home in the '60s, or when they bought their first Mustang. They all had their own Mustang story and felt a connection to the Mustang history. They weren't going to let the Mustang name down, and personally I don't believe they did.

So take a look at the video and let us know if you liked it and thought it was as informative as we did. If you want the latest Mustang Mach-E information and want to communicate with the Mach-E community, please join our Mustang Mach-E forum.